By Kraimditectiv (self meida writer) | 25 days 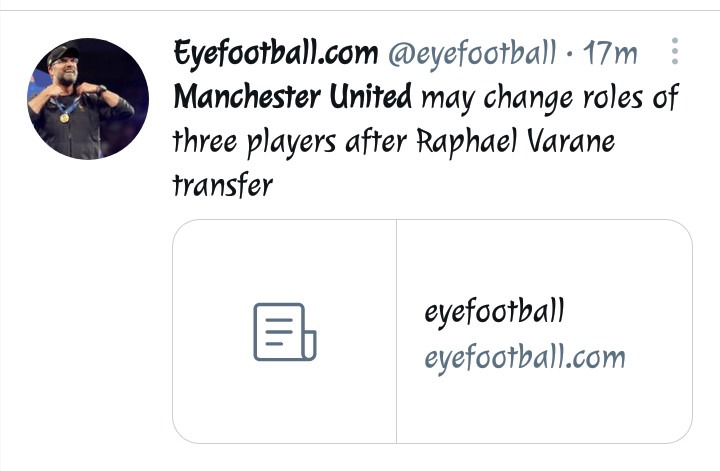 According to Eye football, Manchester United may be compelled to change the roles of three of their defenders in order to accommodate incoming star Raphael Varane. Eyefootball clarified that the following information was just an opinion and it should not be taken as a done deal.

Eye football said that Eric Bailly would be forced to play at right-back because he has pace and aggression which is good at handling pacey wingers. Maguire will no longer be the last man in the backline and he will be allowed to make deeper drive-ins. And Victor Lindelof will only be allowed to play when Manchester United will be playing with three Center Backs in the backline. Brazil and Manchester United Midfielder Fred has come under harsh criticism again after he had a very disappointing performance against Argentina earlier today. According to the statistics in the first half, he almost did nothing offensively nor defensively. 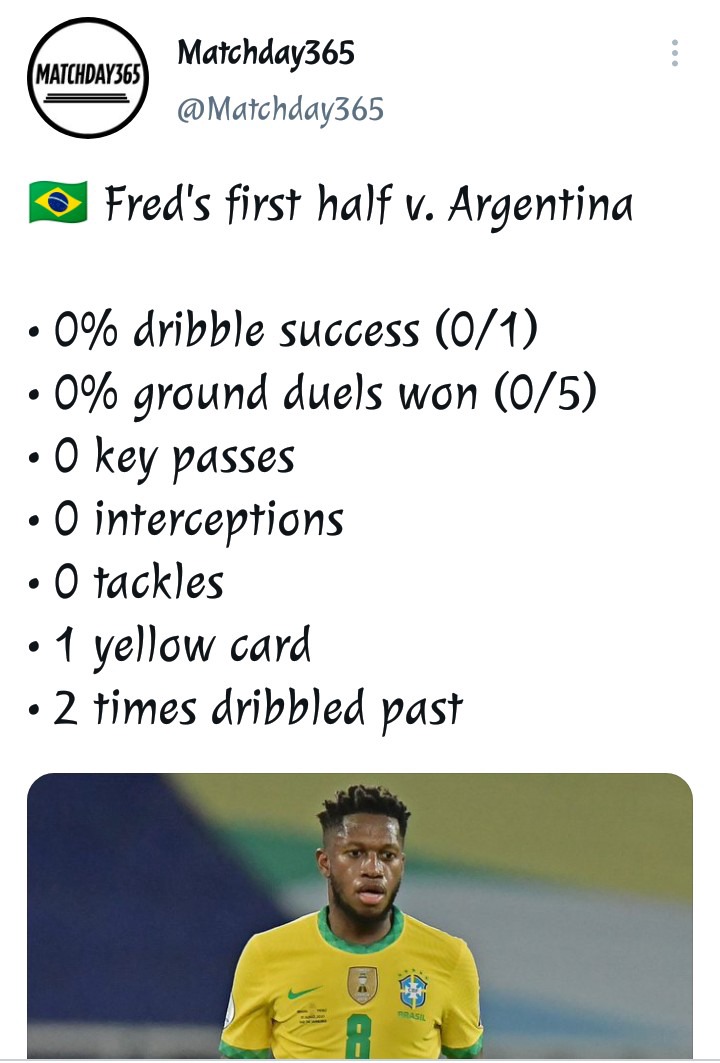 This is not the first time that the player has been subject to online abuse as he has been on the receiving end of a series of hurled insults and mockery a number of times. Nonetheless, his teammates at Manchester have sent messages of commiserations to him after the loss to Argentina in the Copa America finals.

Fans have urged Manchester United football director Ed Woodward to expedite negotiations with Ajax over the transfer of coveted midfielder Rio Gravenberch who has been heavily linked with a move to Liverpool. Fans have said that if Manchester United does not sign the midfielder then Liverpool will have the next Paul Pogba in the English Premier League. 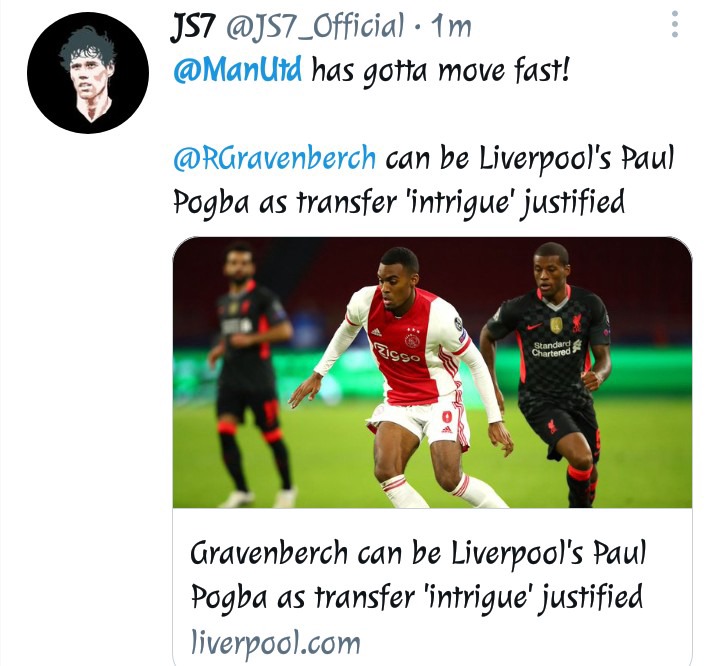