English premier league teams that might win their Matches this Wednesday

By Journalistswatiangu (self media writer) | 1 month ago 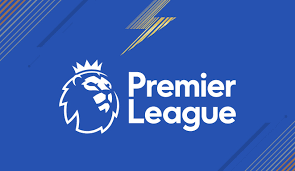 On Wednesday, many English premier league matches are fixed to be played. Last weekend, every team put in the relevant effort to propell them to win. Some teams lost, some drew and some of the teams lost. That is the main thing that goes on in the football arena. Football funs, don't wait for the Weekend, matches are going to start again on Tuesday to Wednesday this week. The following are English premier league teams that might win their matches this Wednesday:

The first one is Leicester city. Yesterday, they won against Watford Football Club . This shows that the club is now back and it might also do well against Southampton Football Club this Wednesday.

The fourth one is Liverpool Football Club. They might win against Everton football club. Liverpool has a strong squad that gives them an upper hand in football competition.

Meet A Popular Singer Saumu Who Keeps roaches, Eats Them and Earns Money From Them (Photos)