No Champions League for Arteta

By JamesJarr (self media writer) | 4 months ago 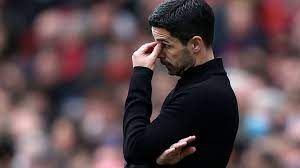 Yesterday Arsenal succumbed to a 2 - 0 defeat at the St. James Park. This comes at a terrible moment for the Gunners with only one game to go. However, this is an opportune moment for Antonio Conte's Men as they only need one point against the already relegated Norwich to secure a fourth place finish. Speaking on Monday Night Football, Jamie Carragher says he fears for Arsenal, while Gary Neville says he never trusted this team...

Arsenal are two points behind Tottenham heading into the last game of the season, with Spurs requiring only a draw to finish fourth due to their far better goal difference. 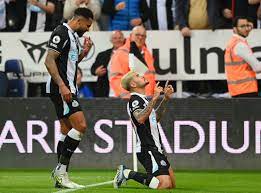 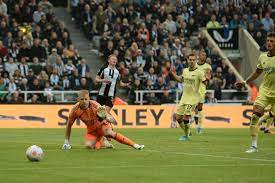 Newcastle dominated and Carragher was critical to point out Arsenal's terrible game plan. “I believe the fans would support it." They were on the verge of accepting that they would not be competing for honors, but something was building. However, today's performance was poor.

We all know how significant the Champions League is, and today was only a cup final. "It is unacceptable to perform so badly in the first half and then produce so well in the second. It wasn't so much the outcome as it was the manner in which it was achieved; they were bad from the

For Arsenal fans out there, your champions league dreams out they go in the drain.

Content created and supplied by: JamesJarr (via Opera News )

7 Tips For Your Natural Hair Journey

Dangerous Food Additives That You Should Remove From Your Diet

Say This Powerful Prayer Before Going To Sleep

6 Signs That People Are Afraid Of You