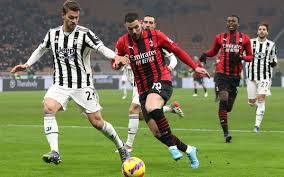 AC Milan and Juventus have played many matches before but considering the last five matches, AC Milan has won two matches while Juventus has won one match and they have drawn in two matches. In the match today we can predict that AC Milan ate going to win because also they are playing at home.

In the last five matches that the two teams have met, Bologna has been always above Sampdoria in football whereby they have won all five matches they have met. In the match today because Bologna is playing at home we also predict a win for them.

Eliud Kipchoge’s World Record Had Been Ratifies By World Athletics

How Much Oga Obinna Is Likely To Pay For His 4 Kids School Fees And Uniform.

Great News For Chelsea Ahead of Saturday's PL Match