These are all big signings by big six clubs that didn't really work out, cast the net bit wider and think about Jack Rodwell at Sunderland costing them tens of thousands every week whilst refusing to play and Sunderland falling into league 1. Ben Haim at Portsmouth. Carbone at Bradford. Some clubs have suffered badly through terrible signings.

Some people may disagree with several of these. Di Maria is brilliant initially and didn't get enough time. Clearly isn't a bad player as he's won plenty at Real and PSG since.

Torres helped Chelsea win the CL as well so for £50m I'm sure Roman wasn't complaining.

I never wanted Lukaku to go to Chelsea but give the guy a break. He doesn't deserve to be top of that list, I can think of far worse signings that Chelsea have made. Chris Sutton for instance got more red cards for Chelsea than goals. Lukaku never should have done that interview for sure. But at least he put some effort in. Sometimes he was very unlucky and he had a winning goal in the League cup final unjustly cancelled out due to VAR. These are the fine margins in football. He didn't work out as well as we hoped but lets move on, he still did better than some of the strikers Chelsea have had in the past. The British will always shield their own. 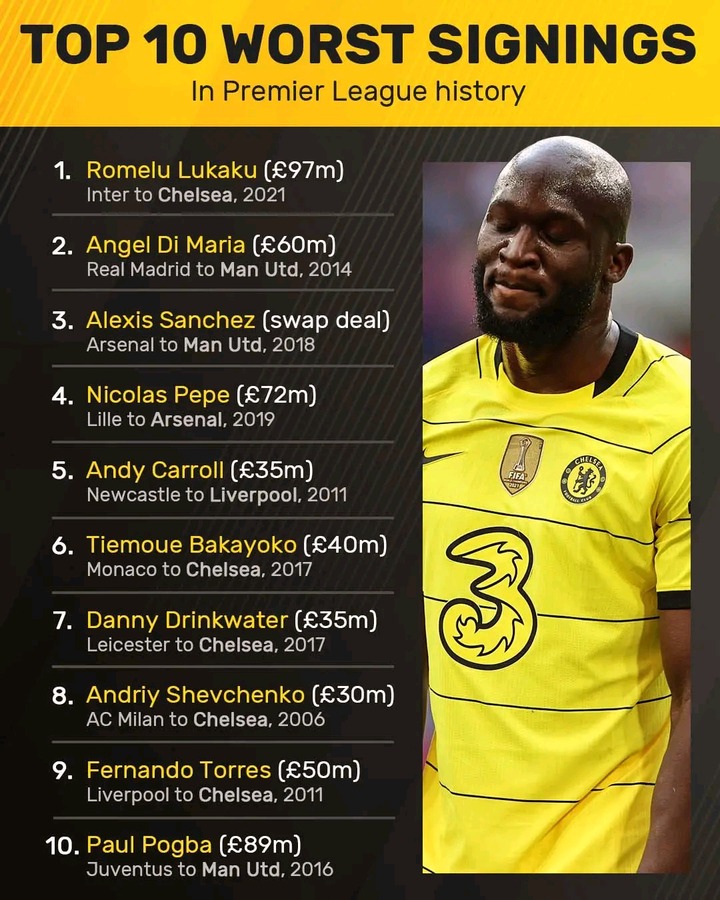 Gachagua Takes A Dig against Nation Media and Kinoti for running a False Narrative.

"A Married Man Sold Me Off To Other Men To Get Money To Pay My Fees After He Offered To Help," Patrick Narrates