By Labancreatives (self media writer) | 4 months ago 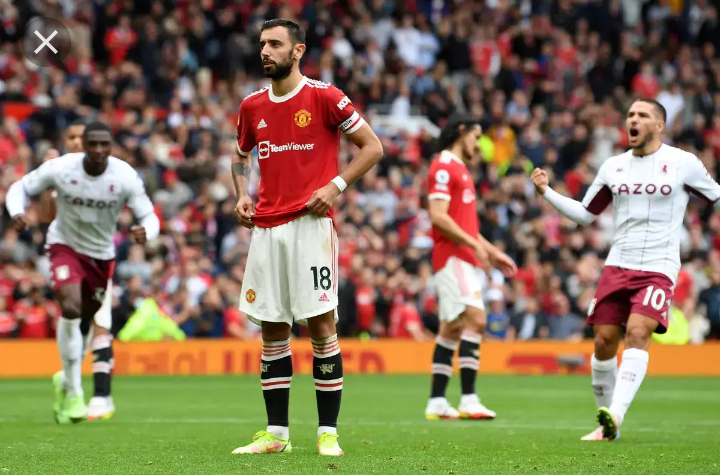 Manchester united suffered a shock 1-0 defeat at the hands of Aston Villa at Old Trafford on Saturday in the premier league. The Red Devils were determined to conjure up a strong reaction after their League Cup debacle on Wednesday, but were instead handed another blow.

Ole Gunnar Solskjaer named a strong line up by restoring several key personnel, including Christiano Ronaldo and Bruno Fernandes, into the playing eleven. Dean Smith's Villa were not overwhelmed by the task of handling a star-studded Manchester United team though. The visitors stuck to their guns and secured a famous win, thanks to a bit of luck in the end.

Kortney Hause, who made his first league start for Villa this season, opened the scoring against Manchester United in the 88th minute. The Englishman was on the receiving end of a corner from team mate Douglas Luiz as he fired in a header to break the deadlock and send the Villa fans into an uproar.

However, it seemed like Hause would go from hero to zero when he was penalized in the dying embers of the game. With help from VAR, referee Mike Dean adjudged Hause to have handled the ball and Fernandes stepped up to take the penalty.

Usually reliable from the spot, Fernandes uncharacteristically fired his spot-kick over the bar at the Stretford End. Villa breathed a collective sigh of relief and Manchester United were left in agony for missing the golden opportunity that came their way.