The Wait is Over, Our Very Own African Victor Osimhen Is Finally Back To His Best

By FootballandLifeCorner (self media writer) | 3 months ago

As of last year and the beginning of the just concluded season,Nigeria and Napoli striker Victor Osimhen was one of the best young strikers in the world alongside Erling Haaland. 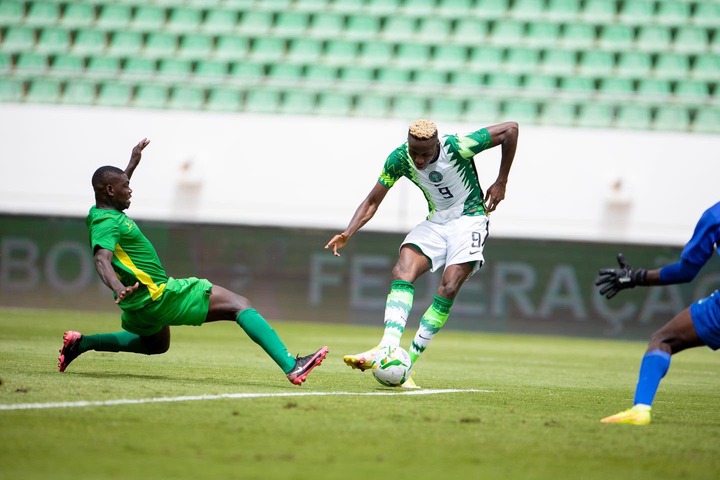 One month into the new season,he was top of the scorers charts in Europe and was leading Napoli to Serie A title victory.However after three months into the season,he suffered a face injury after collision with an opponent.He was operated on and stayed off the pitch for close to three months recovering.He came back close to the end of the season and the lack of play time saw him get rusty as he could not score.But as they say,form is temporary but class is permanent thus it was just a matter of time before he got back to his very best.The wait to see Osimhen shine again came to end on Monday during Nigeria's African cup of nations qualifying match against Sao Tome Principe.He scored four incredible goals in their ten goal win and had a man of the match performance making four successful dribbles,two key passes,six shots on target and three big chances created. 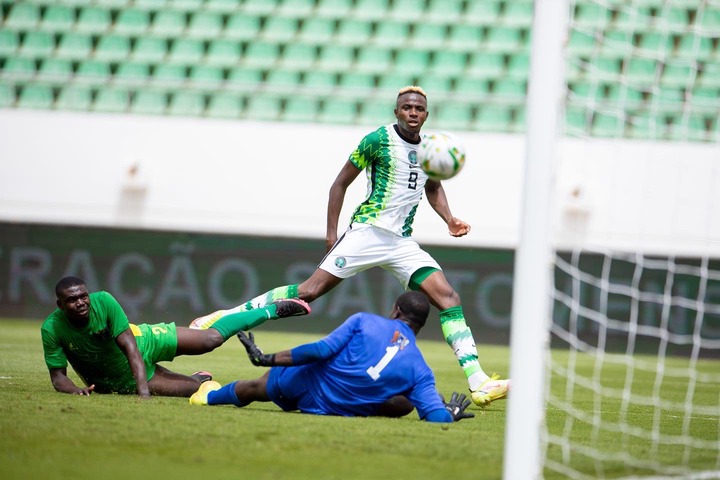 These four goals saw him become the first African player to score those many goals in a single international game.Osimhen is only going to get better and will be unstoppable come next season.