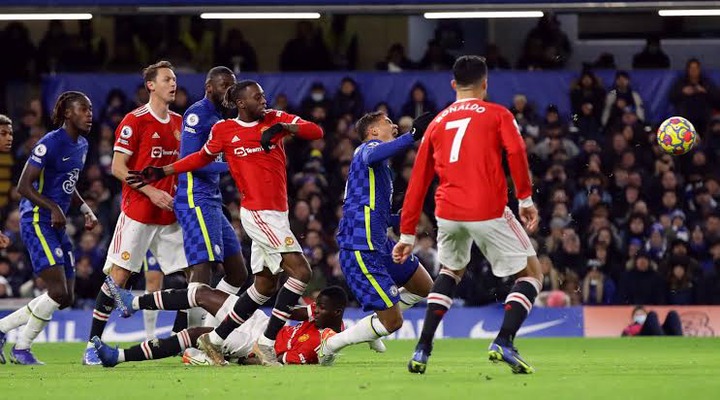 Had it not been Manchester United right-back Aaron Wan-Bissaka's slight mess that saw him hit Chelsea's Thiago Silva with an ankle to hand kick as he fumbled to get the ball out of the Red Devils' critical area, subsequently creating a penalty, Manchester United would have probably bagged all the three points as they played against Chelsea tonight on November 28th.

However, Jorginho's penalty shot that sent De Gea to the opposite goalpost as the ball shook the net from the other side at minute 69 of the game saw Chelsea spoil things for the Red Devils that had been put ahead by one goal by Sancho at minute 50.

Then as the final whistle went off, the two Premier League giants had to leave the pitch contented with just a point each after drawing at 1:1.

Shortly after end of the game, Manchester United caretaker coach Michael Carrick expressed his disappointment with the awarding of the penalty to Chelsea after Wan-Bissaka's "minor" mistake. 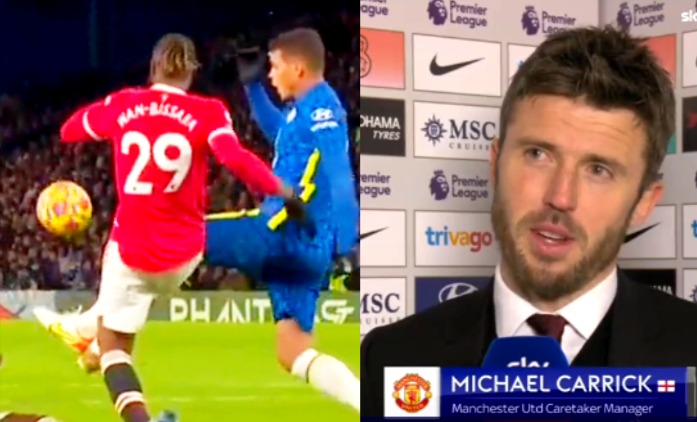 Speaking in a post-match interview, Michael Carrick started by saying that he's immensely proud of the United players he's coaching as well as the whole Manchester group.

He then added that "we came here to win but I was a bit disappointed because I don't think it was a penalty at all, though I don't know if my opinion counts right now."

On whether the game technically went the way he had expected, Carrick said that "we came here to own the ball, control the ball and hide it as many times as we could and yes, in one way or the other it went that way." 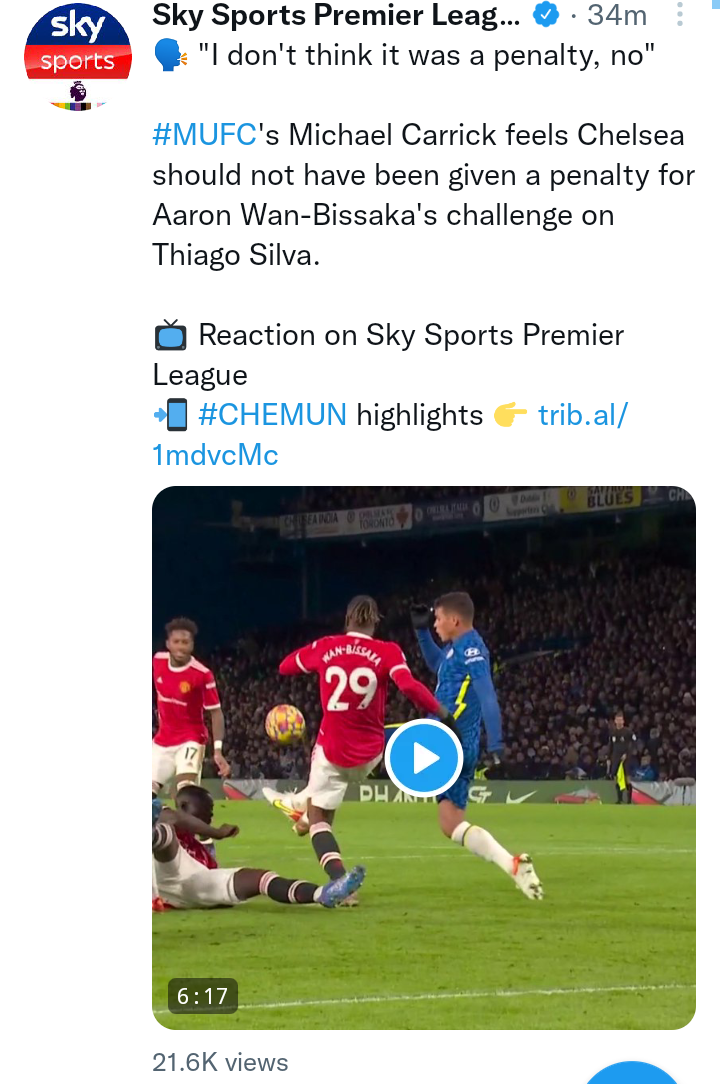 In that post-match interview, Man United goalkeeper David De Gea honestly said that he had been feeling danger from within the goalposts nearly throughout the whole game.

He also said that "it's not enough to draw but since we were playing against a really good team, it was a good point."

On whether Manchester United is improving or not after Ole Gunnar ouster, De Gea said that "yes, we've not lost which may mean we've improved but these are just two games.

We need to show better performance in the upcoming matches. We are playing against Arsenal (On Dec 2nd) and so let's keep going, keep focus and be 100%.

As of now, we are good. I'm proud for the team because we are fighting for every ball and that's good but I believe we'll get better."