By SmokyTrends (self media writer) | 10 months ago

Reacting after Bukayo Saka set a new record, UEFA posted on their verified Twitter handle that, Bukayo Saka is 19 years old, 305 days youngest player to start a match for England at the semi-final stage or later of a major tournament 👏. 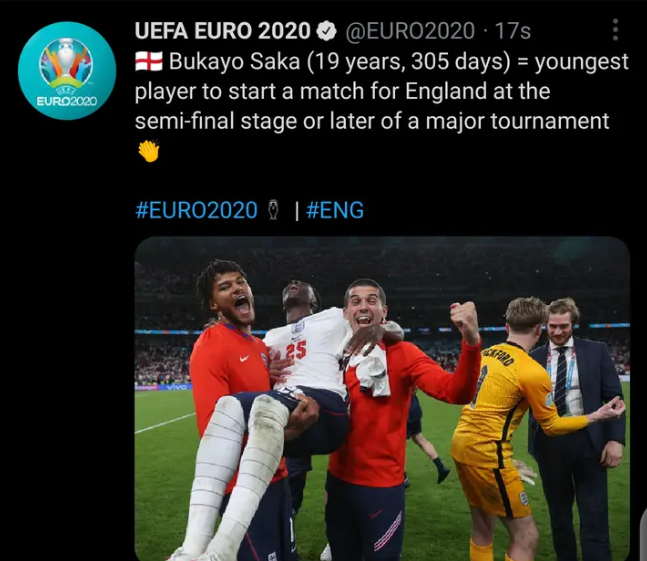 With Bukayo Saka's goal, it means he set a new record by becoming the youngest player to start a match for England at SSemifinals of a tournament. The Arsenal Academy product was given a starting role by coach Gareth Southgate ahead of Manchester City star Phil Foden and he was able to impress as he guided the team to victory. 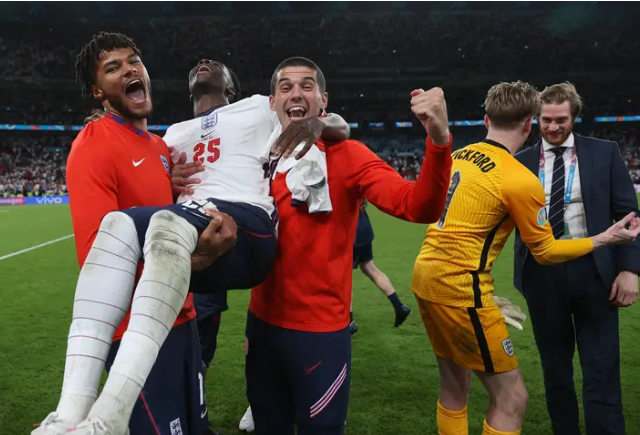 The European football governing body UEFA has reacted after Arsenal football club star Bukayo Saka set a new record in England's victory over Denmark national team, in the Semifinals of the Euro at Wembley Stadium on Wednesday night. Bukayo Saka started in England's attacking midfield alongside Chelsea star Mason Mount and Raheem Sterling and the stars were superb for the match. 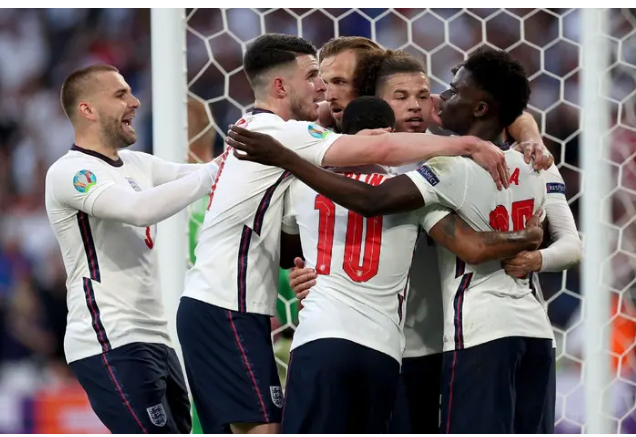 Goals from Simon Kjaer, an own goal and a goal from Harry Kane were enough to give the England national team a remarkable victory despite the fact that Mikkel Damsgaard scored a goal for the away team. Congratulations England. Congrats to Bukayo saka.

Top Four Coaches Who Have Won Many Trophies In There Career

Oliver Giroud Finally Proves Chelsea And All His Doubters Wrong

Tuesday's Fifteen (15) Sure Soccer Predictions to Bank on