England Vs Hungary clash went down in such an outrageous way as fans claimed to be Hungary supporters pelted several objects on England players as they celebrated their first goal. Fans could be seen aiming several objects including cups containing liquid suspected to be beer and furiously throwing them at the players. 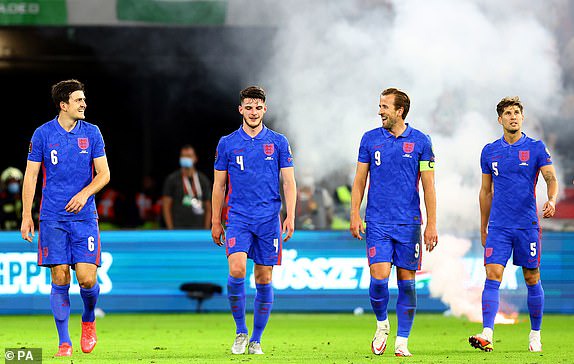 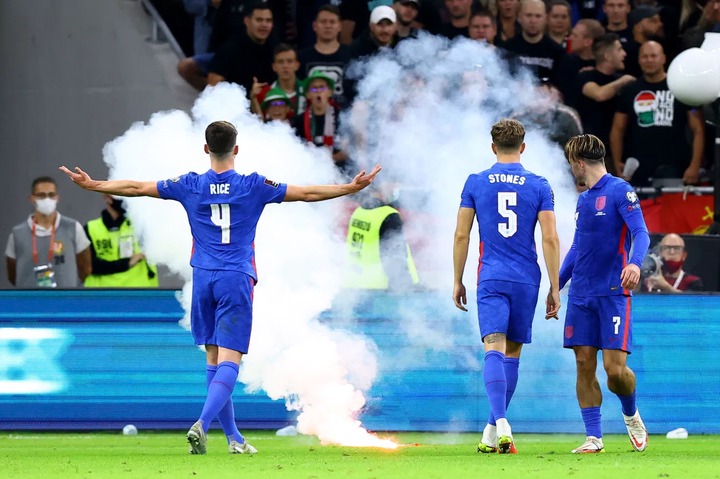 However, England Stars were resilient enough to assume the provocative behaviour as they even scored more goals against Hungary on Thursday night. A sensational first goal from Man City ace, Raheem Sterling put the Three Lions ahead at the start of second half as Harry Kane of Tottenham Hotspur doubled their lead with Harry Maguire of Manchester United and Declan Rice of WesHam all appearing in the scoreboard against Hungary. 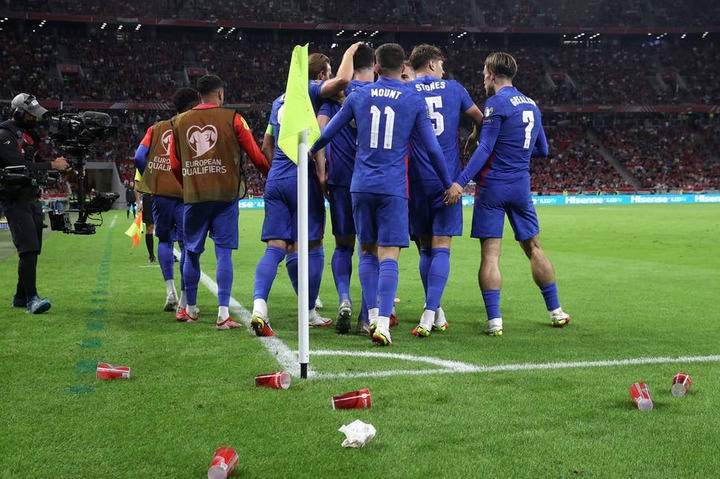 As the fans threw objects on England stars, Declan Rice could be seen holding a beer cup as he pretended to be drinking from the cup that had just been thrown at him by one of the fans. Flares were also thrown on the pitch during England goal celebration, however, the away fans were not available for the clash that took place at the Puskas Arena. 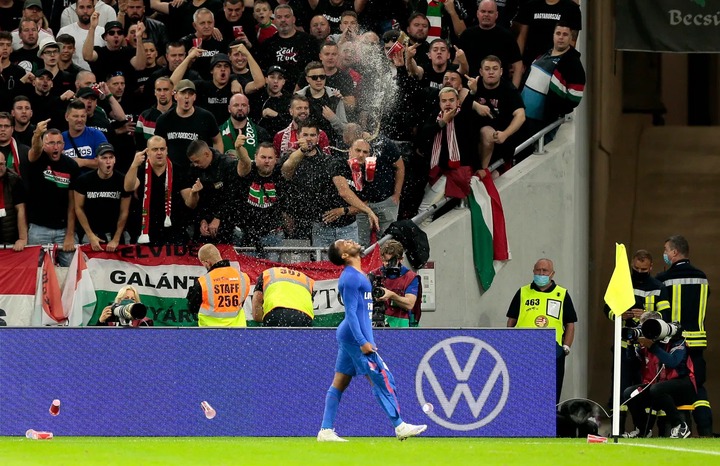