By @SportsNewsKE (self media writer) | 1 year ago

Hello and welcome to the Arsenal transfer and take over blog from football london. 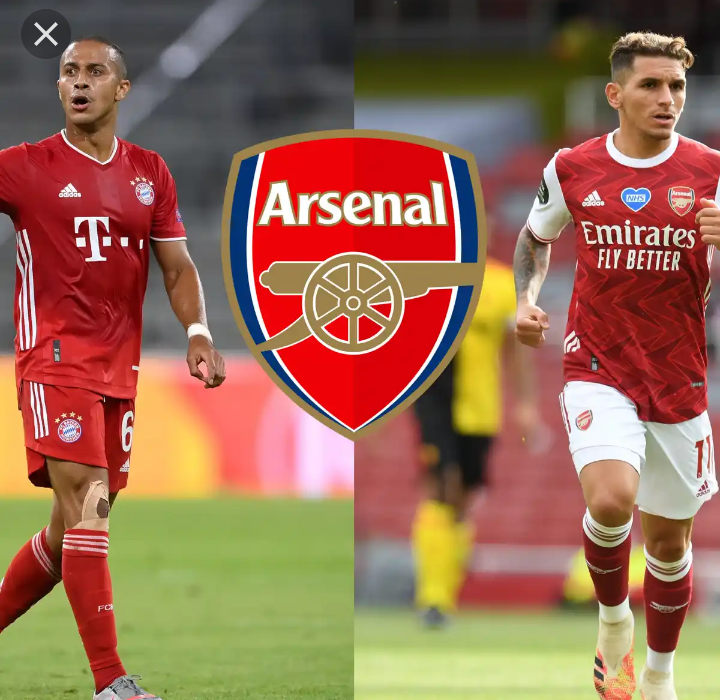 The dust has finally settled on a disappointing 2020/21 season for the Gunners, but the summer transfer window is officially open and there is some excitement for fans - with a massive overhaul expected after many years of disappointment. Arsenal fans started a powerful fight and protest against the ownership of the club which is owned by Stan Kroenke. 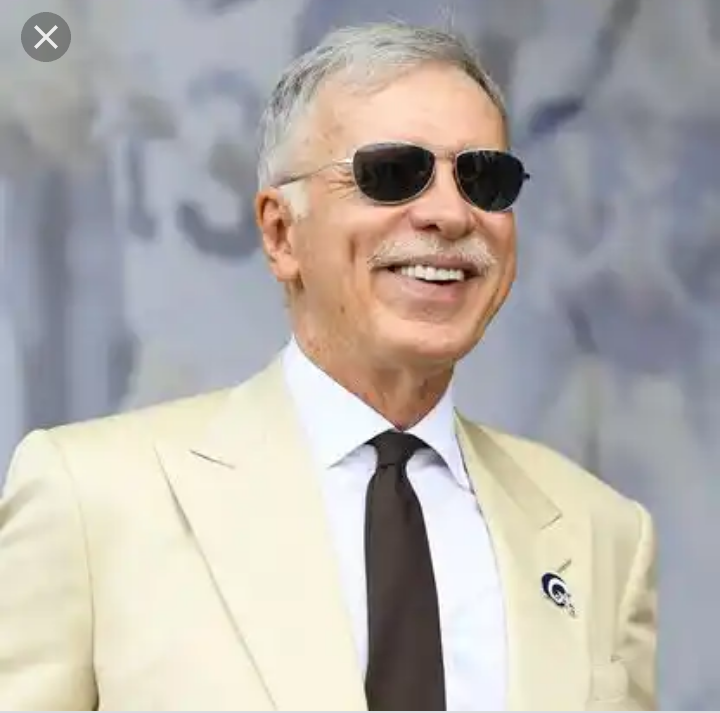 Stan Kroenke first joined the Arsenal board of directors in 2008 with a minority stake in the club, and he continued to accumulate shares until becoming majority shareholder three years later, while in 2018 he bought out rival Alisher Usmanov to take full control.

Kroenke and son Josh's administration of the Gunners has invited criticism from fans, though, with opposition peaking in April due to the club's inclusion and subsequent withdrawal from the Super League scheme. 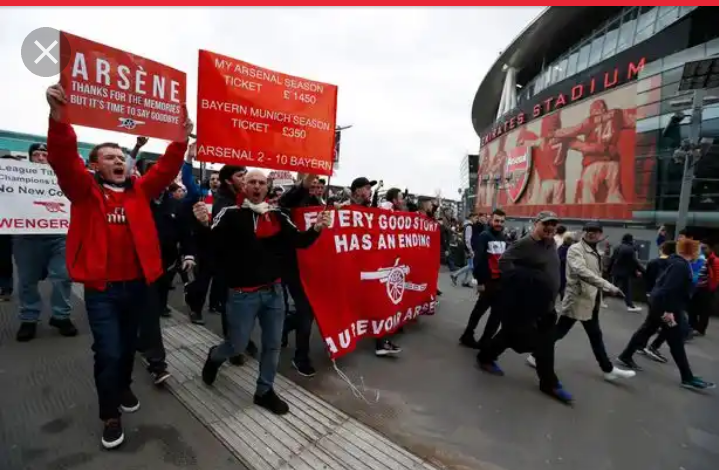 Some better news for the Gunners now it is being reported that a takeover of the club could potentially be on. 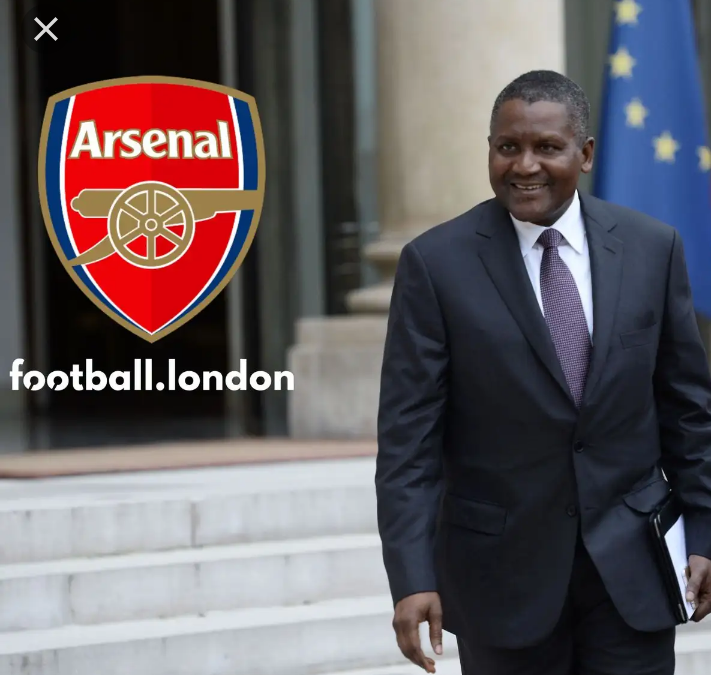 Six years ago Africa's richest man, 63 years old Nigerian billionaire Aniko Dangote, expressed his desires to buy the club from its current owner, American Stan Kroenke. However his bid was rejected and the Kroenke and his sons said. they are not interested in selling the club and they will remain committed to it . 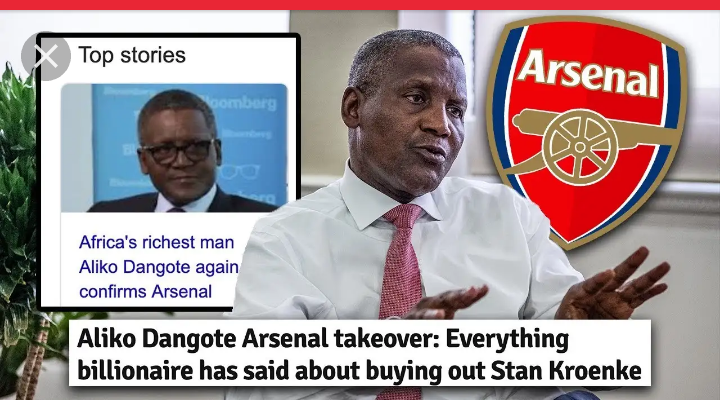 "We remain 100 percent committed to Arsenal and we are not selling any stake in the club. "We have not received any offer and we will not entertain any offer." 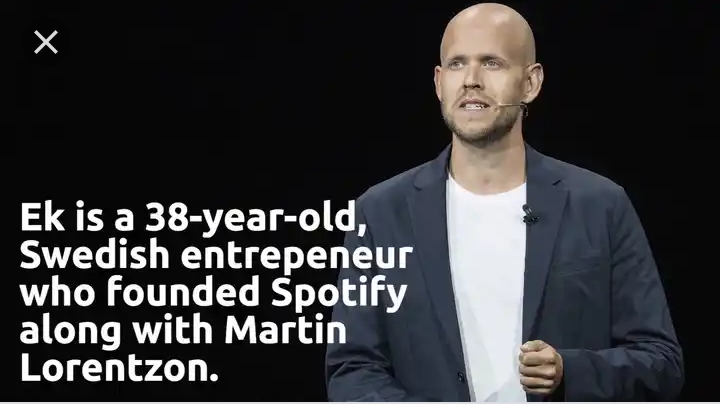 Despite the statement from the family Swedish billionaire and the owner of Spotify Daniel Ek tabled his first bid worth £1.8 billion,. Which was highly rejected by the owner of the club Stan Kroenke.

Irrespective of the rejection, Daniel Ek confirmed he remained interested in buying the club and it is understood the billionaire who is also a Arsenal fan is now preparing to increase his offer to £2bn 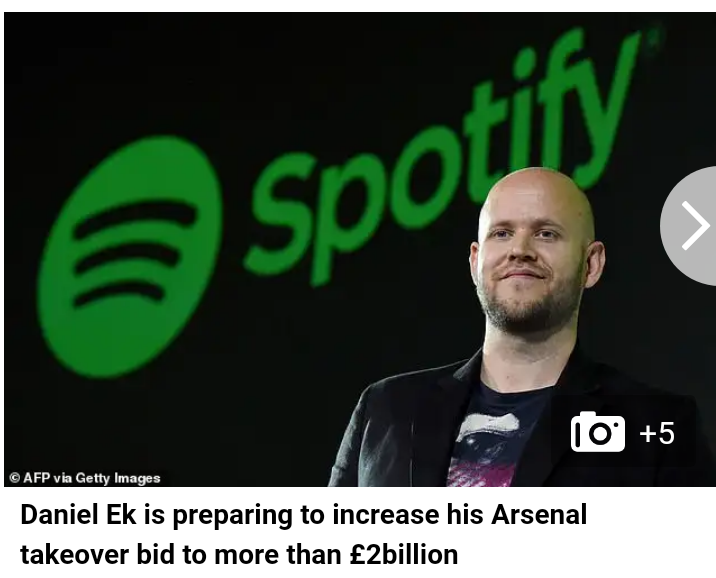 According to Sky Sports news Daniel Ek reached out to The Kroenke's family and wanted to be given another chance to own the club this time with a different bid. Before heading for a second bid Ed had held a consultative meeting with Thierry Henry and Dennis Bergkamp and other Gunners legends who gave him much support. The manager of club Arteta also gave the idea of selling the club much support and here is what he had to say. 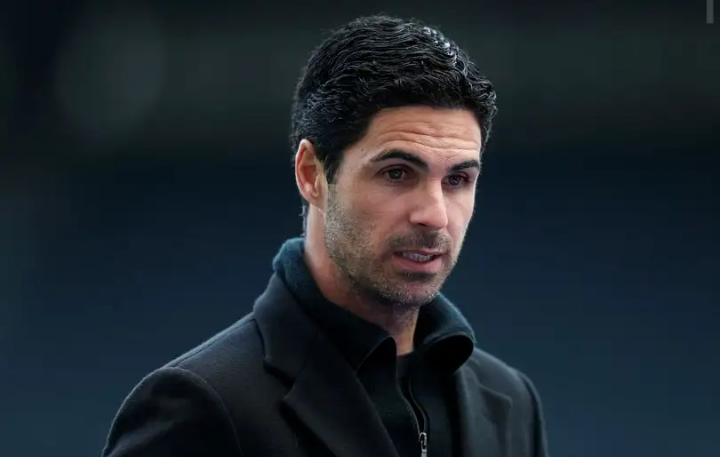 "I really hope so because I think we’ve been very clear on where the owners are standing," Arteta said during his pre-match press conference on Friday morning when asked if he hoped the club can focus on what is required to make progress.I think I’ve been clear to give my view on the situation.And just for the benefit of the club, which I think is the only interest that everybody who supports the club should be aiming for, is to get the unity and the togetherness that we need to be back where we want. That’s all" 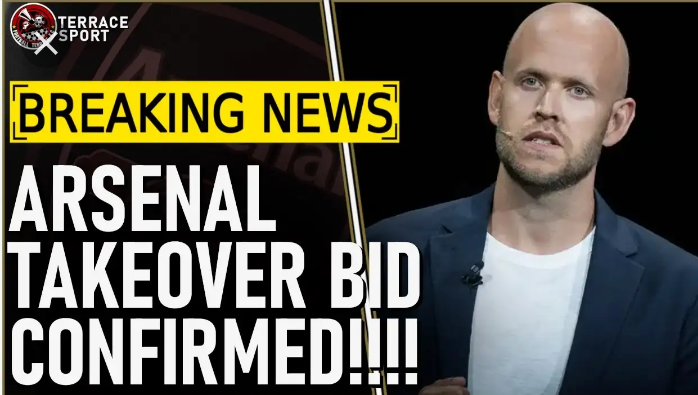 However, last week Ed made the offer worth more than £2 billion to both Josh Kroenke and their bankers that included fan ownership, representation at the board and a golden share for the supporter. 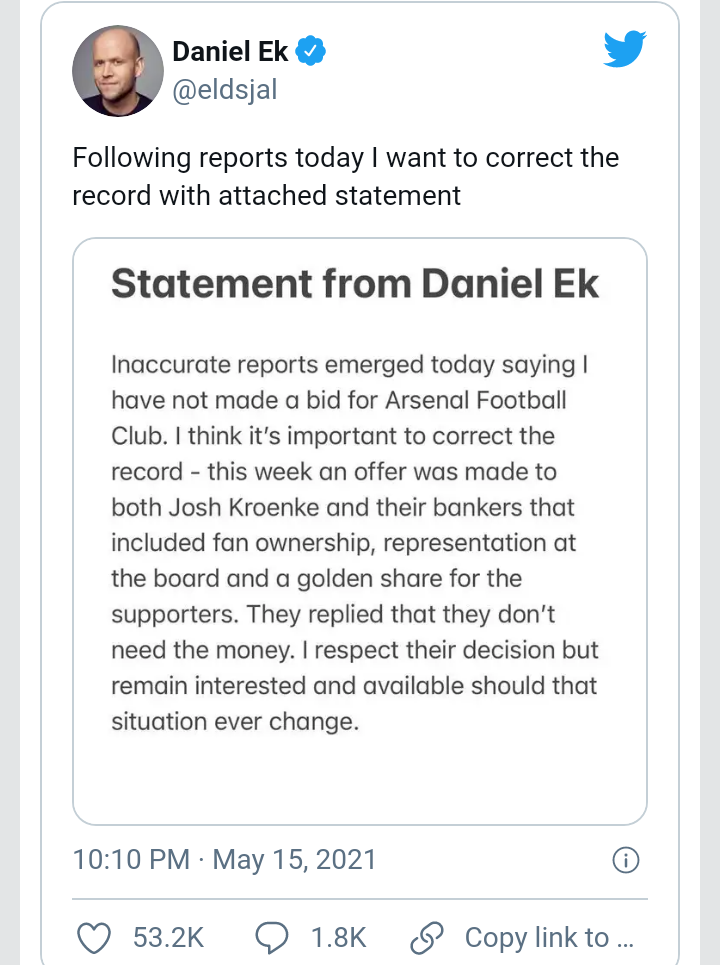 "They replied that they don’t need the money. I respect their decision but remain interested and available should that situation ever change. 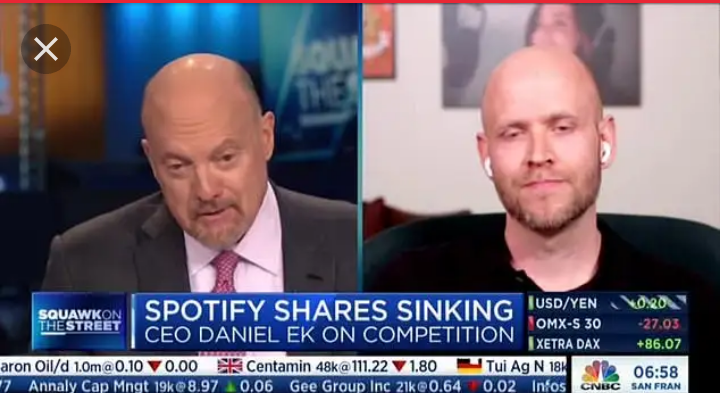 Sources close to the Ek camp have disclosed that a second bid ‘north of £2bn’ is being readied and that they ‘are not going anywhere and want to get a deal done’. Club insiders have admitted they are waiting for a second offer.

Will Kroenke accept the second bid and sell the club?

Can Gunners improve there performance if owned by Ed?

Join the discussion comment and tell us your thoughts.

Content created and supplied by: @SportsNewsKE (via Opera News )