By KabauWanjohi (self media writer) | 4 months ago 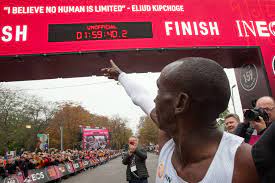 Kenya has, over the years' been on the global map when it comes to sports by both individual and teamwork playing a role. Different talents portrayed by Kenyans across the globe show the various skills found in the country.

Most sports in Kenya owe credit to the British colony when they established various professional teams and clubs. According to history, as early as 1922, sports recruitment had already begun with an introduction to schools in 1925.

The country is well known for its award-winning athletes who have scooped several awards in international events, especially the Olympics. High altitude training camps in the country have enabled athletes to have favorable working conditions.

Eliud Kipchoge, who raised the Kenyan athletic flag a notch higher, ran the marathon under two hours in the 'No Human is Limited' challenge. He made history as the first man to ever complete the task and was declared the greatest marathoner of all time. Learning from past track field greats like Kipchoge Keino, Moses Tanui, Catherine Ndereba, Joseph Ngugi, and others.

Athletic events such as the Lewa Marathon were introduced, inviting hundreds of participants across the globe. The Mombasa Marathon, Nairobi Marathon, and the Kericho Tea Run are other international events established due to the performance of our athletes.

When talking of World Rugby Sevens Series, you cannot exclude the Kenya sevens team for displaying a tremendous performance in the circuits. Rugby sports was first introduced into the country in early 1900, by the British and later formed the Kenya Rugby Football Union in 1923. During those colonial times, the sport dominated by white settlers was adapted by Africans. During independence, the sport became multi-racial when schools and clubs adopted it. 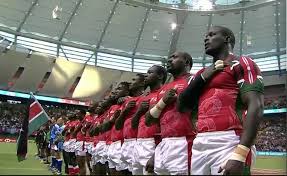 Over the years, the sport gained appeal when Kenya made her first appearance in the World Rugby Sevens series in 2001. The athletes won the men's team of the year at the Kenyan Personality annual Awards six times. The icing on the cake, came along when the men's team won their first tournament win in 2016 after beating Fiji in the finals.

The Safari Sevens Rugby Tournament is an annual international event organized in Kenya when its inaugural season was held in 1996. Initially hosted at the RFUEA grounds in Nairobi, the event was later moved to Nyayo national stadium in 2011 and Moi International Sports center from 2012 to date. The seven-a-side rugby event sets an attraction for foreign nationals and club teams to participate. 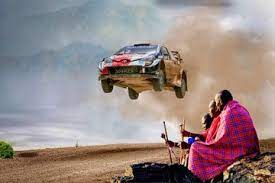 A similar annual event attracting international participants is the Safari Rally motor circuit, considered the toughest rally course globally. Making a comeback in 2019 the championship was first held in 1953 to celebrate Queen Elizabeth's coronation. International drivers converge for the event with a televised broadcast available to millions worldwide.

10 Kenyan Politicians Who Own Luxurious Hotels and Resorts (Photos)