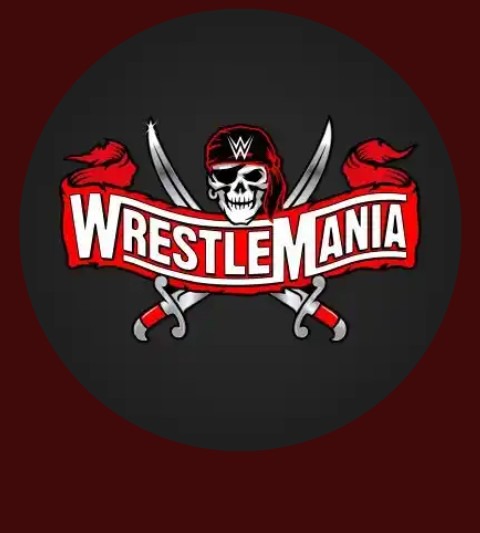 Night two of Wrestlemania came to a close with the main event match between Roman Reigns, Daniel Bryan and Edge.The fight quickly started on a high note from all fighters.As it hs been in recent months, Jey Uso Roman's cousin came to his rescue taking out Bryan with a superkick and Edge took out Reigns to be the only man standing amid the chaos. Edge then took out Uso. Edge and Bryan went at it in the ring before Reigns grabbed Edge from the apron. Bryan slid between the legs of both men and drove Reigns face-first into the edge of the ring.Bryan tried to hit Reigns with another suicide dive but was caught mid air and thrown on the floor by Head of the table.Edge and Reigns applied Spears on each other.This allowed Bryan to get back in the match with diving headbutts on both men before a near fall on Reigns. Bryan hit both men with Yes Kicks before a running knee to Edge and a kick to Reigns' head for another near fall.

Edge responded by taking Reigns to the ground and locking in a crossface, then grabbing a piece of the now-broken chair and putting it in Reigns' mouth to pull back on the hold. As Reigns was about to tap, Bryan caught his hand and locked in the Yes Lock. Bryan and Edge traded headbutts, both holding Reigns in their respective holds before they broke and Bryan unleashed a flurry of strikes. 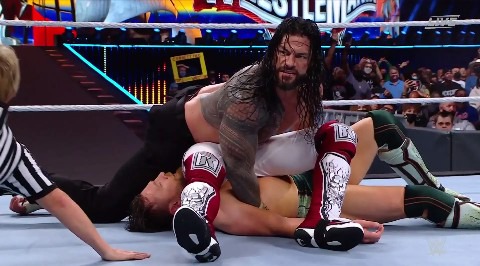 Bryan went for the running knee on Edge but was hit by a spear before Edge hit Reigns with a spear, but Bryan pulled the referee from the ring before the three count. Reigns got back to his feet, took out Edge with a spear and placed Edge on top of Bryan and pinning both men to retain the title.The match was really entertaining and it can be noted that this could be Daniel Bryan's last Wrestlemania match and Edge who had retired ten years ago due to an injury and who only returned last year

Content created and supplied by: Bram_1 (via Opera News )