OFFICIAL: Manchester United have confirmed the signing of Cristiano Ronaldo on a two-year contract with the option to extend for a further year. 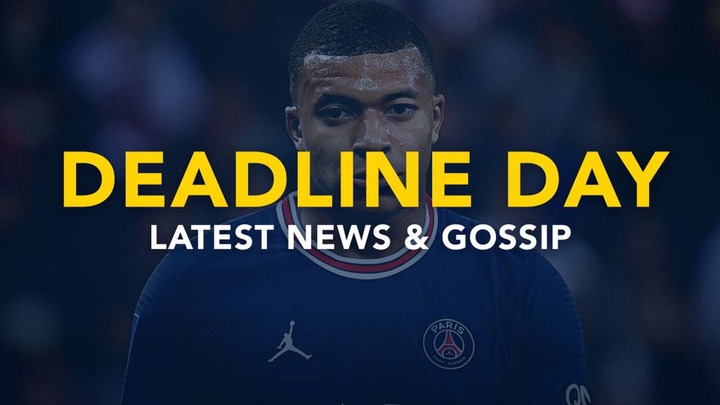 Cristiano Ronaldo: "I cannot wait to play at Old Trafford in front of a full stadium and see all the fans again. I'm looking forward to joining up with the team after the international games, and I hope we have a very successful season ahead.”

​Juventus are pushing to sign Miralem Pjanic from Barcelona, but the Bosnian would return to Turin only if one midfielder leaves. Football Italia

​Eduardo Camavinga is very close to joining Real Madrid. He is reportedly undergoing a medical right now. Camavinga is set to sign a contract until 2026 when all details with Rennes are finalized. MARCA

​Crystal Palace will complete the signing of Odsonne Édouard (23) today from Celtic, subject to a medical. Daily Mail

Arsenal are very close to agreeing a fee with Bologna for defender Takehiro Tomiyasu. The player will complete his medical in Italy ahead of the move, which has moved very quickly this morning.

According to the Athletic, Ainsley Maitland-Niles plans to meet with Arsenal manager Mikel Arteta this afternoon & request he be allowed to join Everton (loan plus option to buy).

AFC must decide whether to sanction 24yrs exit or keep unhappy player.

Juventus have confirmed they have sold Cristiano Ronaldo to Manchester United for €15m + €8m in add ons payable over 5 years.

Chelsea will try again today to make a breakthrough in negotiations for Jules Koundé. Sevilla are in a strong position and will demand his release clause of around €75m is paid.

Adama Traoré wants to join Tottenham and is hoping the club make a £30m bid for him tomorrow. Daily Mirror

Emerson Royal will complete his medical this morning at Tottenham ahead of his €30m move from Barcelona. He will put pen to paper on a 5-year contract. Fabrizio Romano

​Dan James will undergo his medical this morning ahead of completing his £25m move to Leeds from Manchester United.

Tottenham have officially announced the departure of Serge Aurier following the mutual termination of his contract.