By Legitbzna (self media writer) | 1 month ago 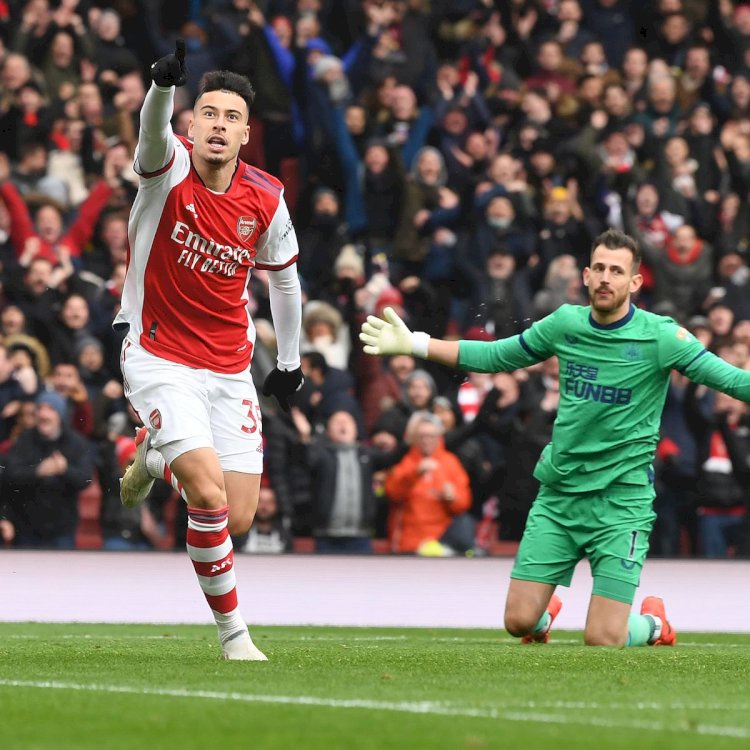 It was a bright afternoon for The Gunners as they sank Newcastle who have now lost 10 consecutive games away at the Emirates and now retain their place at the bottom of the Premier League table. 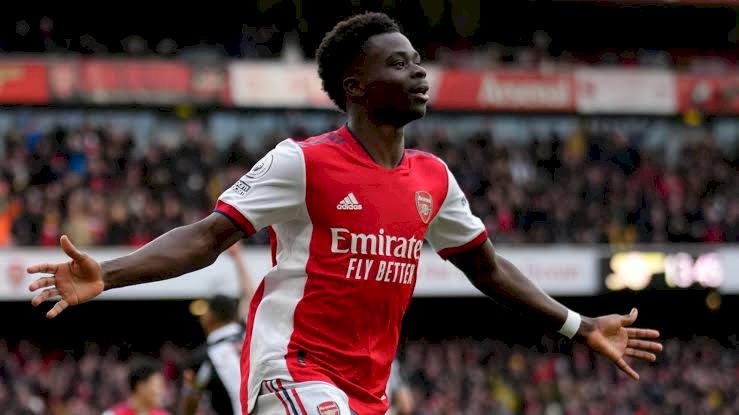 Newcastle have just six points after failing to score for the seventh game in a row at the Emirates. The Gunners had two massive chances to open the scoring in the first half, with Martin Odegaard on the 20th when is free kick forced an acrobatic save out of Martin Dubravka

The next open chance come in the 41 minute, when bukayo Saka Cross from the left found Smith Rowe whose header was cleared by dubravka before Pierre-Emerick Aubameyang hit the post from 3 yards out. 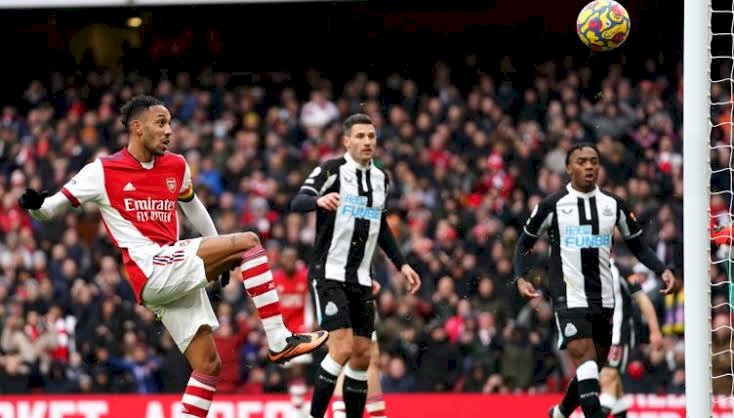 The magpies created a handful of chances with a clear one being Jonjo Shelvey's thunderous strike that was denied by Aaron Ramsdale stunning acrobatics. 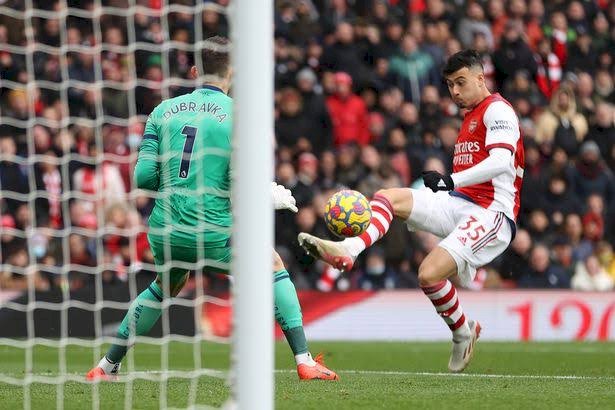 Taking the place of Saka who was withdrawn after picking a knock, Gabriel Martinelli volleyed in Arsenal's second just two minutes after his introduction.

Arsenal will be facing the Red Devils at Old Trafford as they struggled to crack the top four barrier.