By BeeSPORTNEWS (self media writer) | 11 days ago

Arsenal manager Mikel Arteta is reportedly working tirelessly to ensure that he at least sharpen his attacking department by landing a world class striker who's set to replace aging Alexandre Lacazette.

Lacazette, who's contract is expiring in summer is set to leave the club with the Spanish manager already found a replacement that he believes can score goals alongside Pierre Aubameyang. According to a report covered by Mundo Derpotivo, the Gunners are in contact to sign Torino's forward Andrea Belloti who's reportedly willing to try a new challenge after spending six years with the Italian club.

The 27 year old is a public figure at Torino after bagging 106 goals and making 28 assists in 231 appearances for his Club and apparently he might make a deadly combination alongside the Gabon international Pierre Aubameyang as attackers.

Meanwhile, Raheem Sterling is as well considering to move to Arsenal following his struggle at Etihad. Therefore, a mixture of young talents and experience might restore former glory of the club. 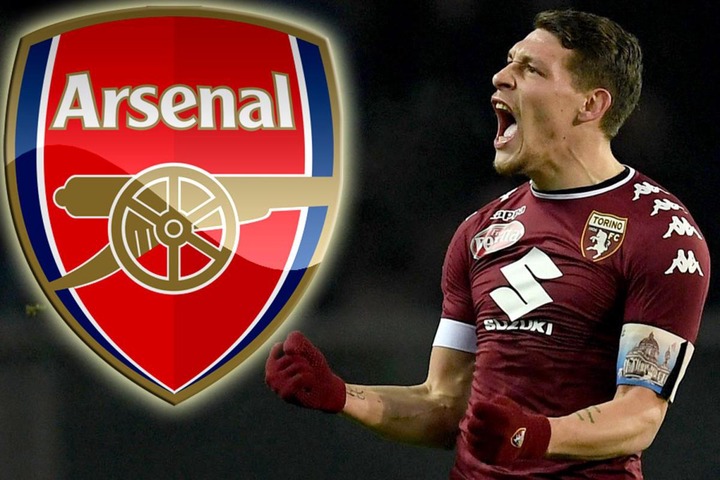 Lastly in your opinion, Do you think Andrea Belloti might be a good signing to Arsenal?