By futureKe (self media writer) | 9 months ago 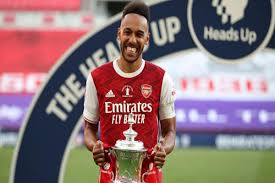 The famous Borrusia Dortmund striker Erling Braut halaand a list of seven striker players in the world whom he ranks to be above him.

However,in the list ,only five players are currently playing in the premier league.

Many footbal fans wonderd why halaand named Timo werner as the best striker because he has only scored five premier league goals since he landed at Chelsea fc from red bull leipzig where he had scored twenty eight goals.

Halaand never named greatest paris saint germain football club strike Kylian Mbappe on the despite Haaland admitting that he was mesmerized by Mbappe's hat-trick against Barcelona for Paris Saint-Germain football club during their champions league game.