Why today Premier League Final Matches will be Interesting, Find out Why??

As premier league is about to come to an end, There are many questions that have got no answers to their fans, and maybe will be answered today. 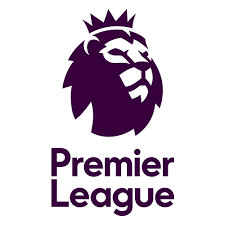 The premier league champions will be determined today as Man City is at close tie with their rival Liverpool which are just one point below the defending champions.

The Champions League qualifiers between Arsenal and Tottenham will as well be determined today as one team is only two above the other.

The Europa League qualifiers between West Ham and Manchester United, incase of any slide one team will be playing the conference league next season

Golden glove between Ederson and Allison today as Ederson has just kept one clean sheet above Allison whose having 20 clean sheets.

The Top scorer between son Heung Min and Mohammed Salah, Salah is just one goal more than Son who have just 21 goals. Salah is most likely to miss today's match as he was injured in the FA cup final Against Chelsea.

And finally top Assist between Alexander Arnold and Mo Salah as Salah is just one assist ahead of Arnold whose having 12.

Ten Hag's Midfield Yearning For PSV's Midfield Engine; He Could Do Wonders Alongside De Jong