Manchester City hosted Liverpool at Etihad Stadium. The match was very critical for both managers because a win could have seen either of the clubs increase the gap between them. However, the two clubs share the points meaning Manchester City will retain the top position while Liverpool remained in the second position one point behind the league leaders. 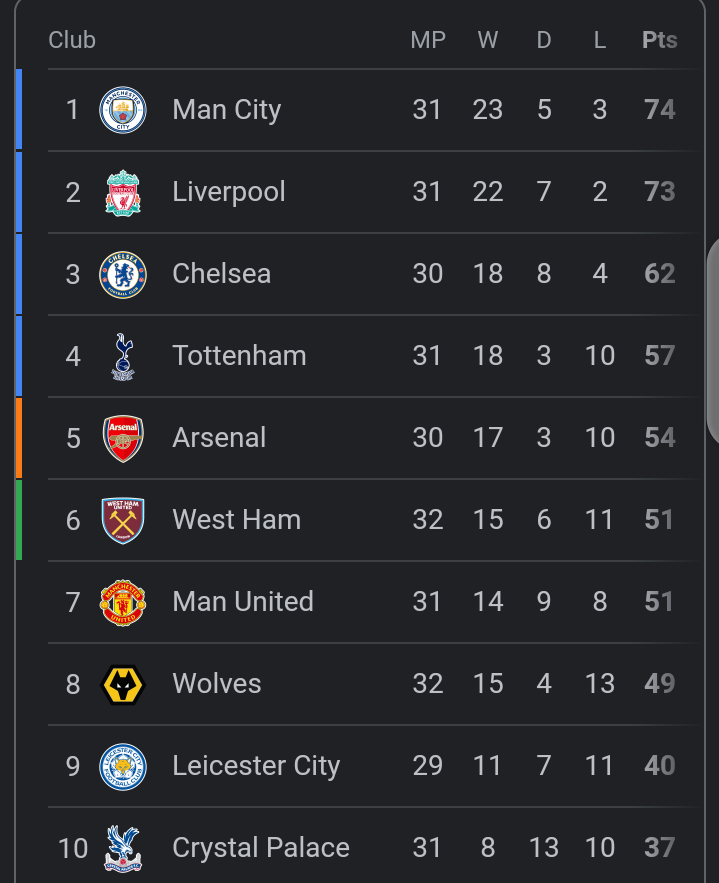 Yesterday both Manchester United and Arsenal's hopes of finishing among the top four clubs were reduced after losing to Everton and Brighton Respectively. Currently, The Red Devils are occupying the seventh position with 51 points while Arsenal is fifth with 54 points. Tottenham Hotspurs are occupying the fourth position after thrashing Aston Villa 4-0 last night. 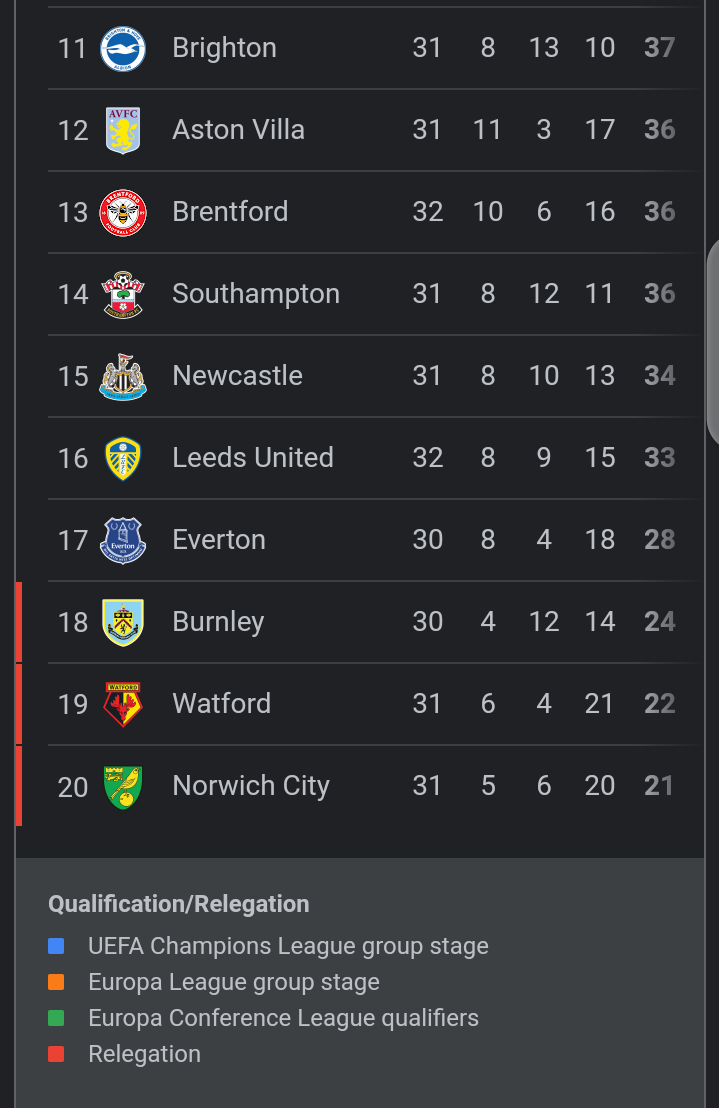 Norwich City, Burnley, Watford, and Everton are occupying the last four positions. These four clubs are at great risk of being relegated from the English Premier League to the Championship at the end of the season.

What To Do If A Guy Is Not Giving Me Attention

What Skill Set Do I Need To Attract Older Guys

Top 5 Things That Screams “That Marriage Will End In a Divorce”?

Martha Karua Alleges What Dp Ruto Can Do To This People If voted, Predict Time For Ruto's Leadership

Top Karua Ally Notes What Raila is Trying to do Behind Karua's Back, Tells Him to Stop it