By MiriamChemutai (self meida writer) | 10 days

Chelsea midfielder Ross Barkley has demanded the club to increase his salary or else he quits Stamford Bridge when his contract expires. Ross Barkley signed a six year contract in 2017 which will expire at the end of next season. 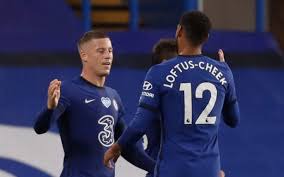 The England star is currently at Aston Villa United on loan. He joined Aston Villa on January and the player has produced overwhelming and impressive results there and Aston Villa are more convinced to seal him permanently.

He The 27 year old England star is being valued at around forty million paunds by Chelsea. He joined Chelsea from Everton on free transfer. Recently, Chelsea club's director Marina Granovskaia asked the player to extend his contract but he said that he will only entered into an agreement with her if Chelsea will increase his salary to two hundred and fifty million paunds per week. 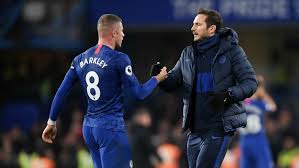 Ross Barkley currently earns 170000k per week at Chelsea since he joined Stamford Bridge. Chelsea wants to have him stay for long at Stamford Bridge but this will only be possible if they will increase the players salary according to his demand.