LA Galaxy won 3-1 with Portland Timbers when they last played. This was a MLS match at Providence Park, with Javier Hernandez scoring the goals for LA Galaxy. The team had four shots on target and four corners.

In the past 10 encounters, we have seen LA Galaxy win four times and Los Angeles FC land three victories. The other clashes between the teams ended in draws. 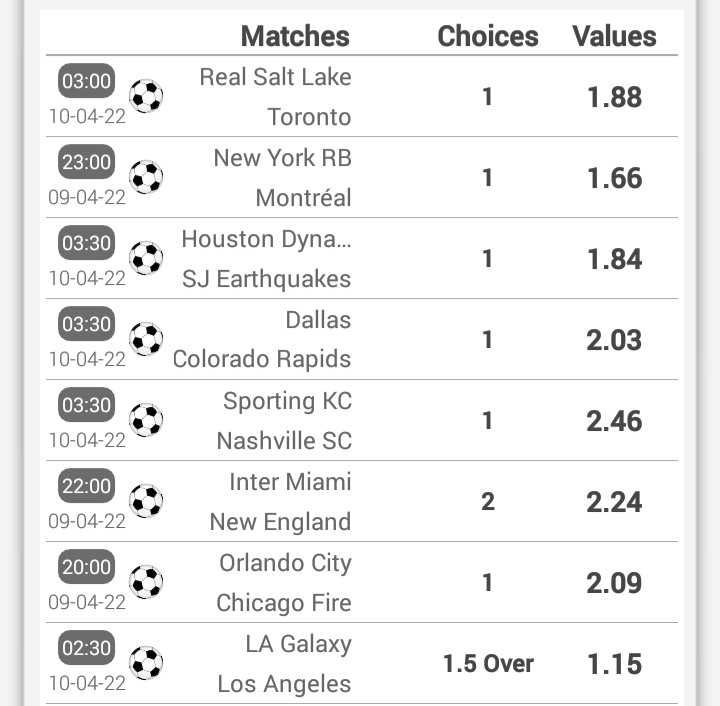 Monterrey´s previous match was a 2-2 draw against Toluca at Estadio Nemesio Diez. They had three shots on target and three corners in the Liga MX match, with Maximiliano Meza and Joel Campbell on the scoresheet.

Santos Laguna´s previous match was a 3-1 win against Pachuca at Estadio Nuevo Corona. They had six shots on target and nine corners in the Liga MX match, with Brian Lozano, Harold Preciado and Jordan Carrillo on the scoresheet.

In the past 9 encounters, we have seen Monterrey win three times and Santos Laguna land two victories. The other clashes between the teams ended in draws.

FC Dallas most recently played an away MLS clash against Chicago Fire which was a 0-0 draw at Soldier Field.

Colorado Rapids drew against Real Salt Lake at Dick's Sporting Goods Park in their last game. The scoreline in this MLS match was 1-1, with Colorado Rapids having six shots on target and 62% of possession.

The previous 6 matches have seen a draw occur on one occasion. FC Dallas have won on two occasions and Colorado Rapids have registered three victories.