It has been a very shameful act as Governors in Nyanza have allowed incomplete stadiums in the region to play host to political rallies. This is despite the facilities being under construction and barred from hosting sporting activities. 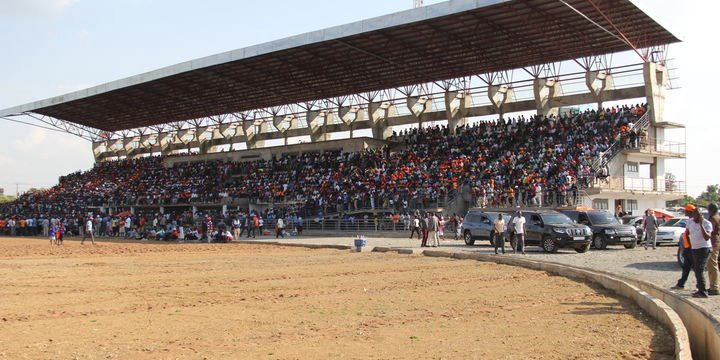 Gusii Stadium in Kisii is among one of the stadiums in Nyanza County that was closed for renovations. The stadium has not hosted any sporting activity since March 2020 when President Uhuru Kenyatta came to its aid and announced the immediate closure of the facility to allow for renovations. 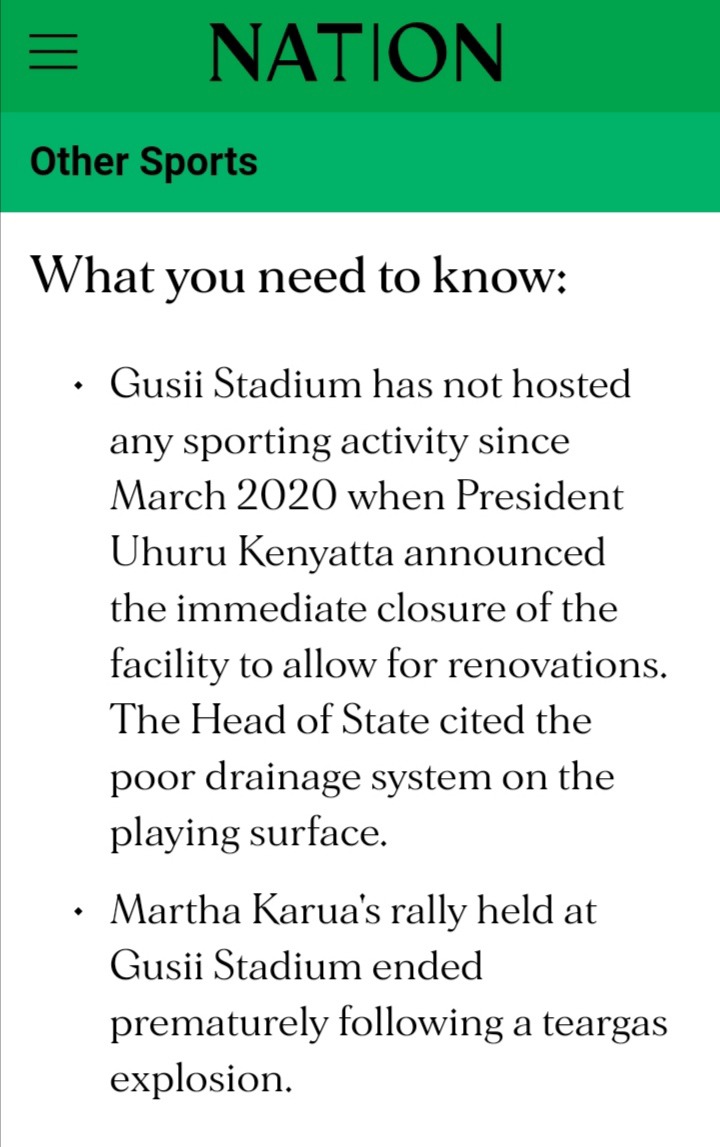 President Uhuru Kenyatta cited the closure due to the poor drainage system on the playing surface. Despite this closure, the stadium played host to Azimio la Umoja-One Kenya presidential running mate Martha Karua when Kisii County Governor James Ongwae hosted her and her bregade.

Eventually, the rally ended prematurely following a teargas explosion. This forced the crowd that had gathered at the playing field to scamper for safety and in turn damaged the drainage system that was under construction. 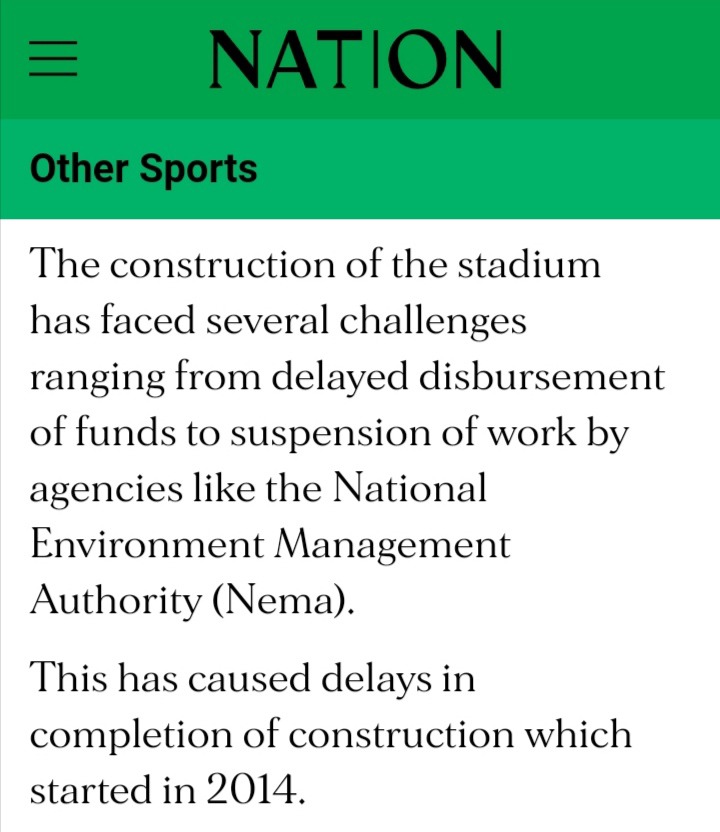 The other unfinished stadium has been the neighbouring Homa Bay Stadium in Homabay County. This is after Governor Cyprian Awiti played host to a rally by Azimio La Umoja One-Kenya Coalition presidential candidate Raila Odinga on the unfinished stadium. 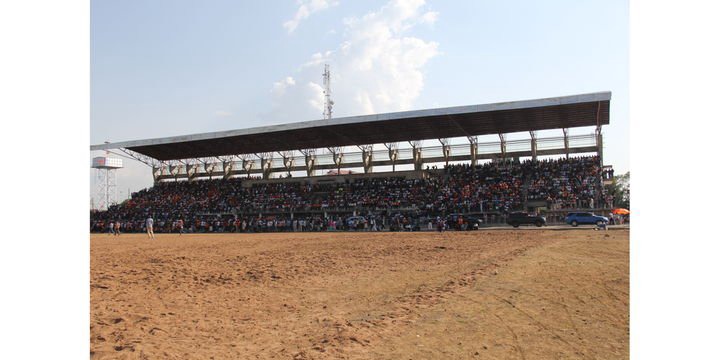 Its completion has remained to be a mirage with its construction facing several challenges. This challenges have ranged from delayed disbursement of funds to suspension of work by agencies like the National Environment Management Authority (Nema). This is despite construction starting in 2014 to date. 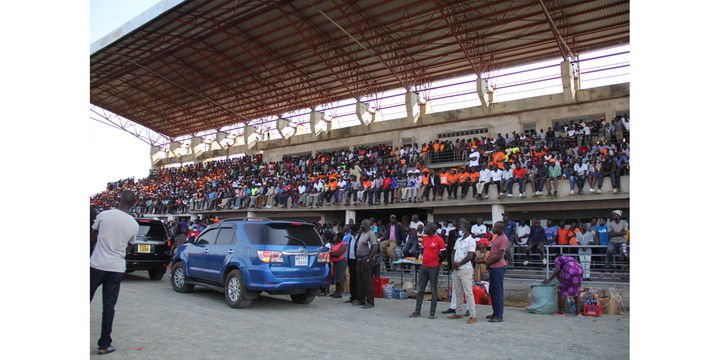 The two governors, who are on their final terms in office, seem not to care much about sports and its highly unlikely that they will see it's completion during their tenure as county bosses.

Karua Delivers This Message To Voters Moments After Casting Her Vote

Gun Fire At Polling Station As Goons Attack At Night