Latest Transfer News, New Deals And Signings For These Expensive Footballers And Clubs

By TopHotNewsKe (self meida writer) | 11 days

These are the top deals in the world of football in the last 24 hours concerning big clubs and expensive footballers. 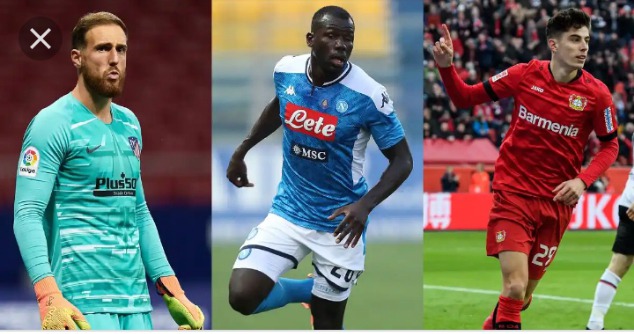 Firstly, despite Brendan Rodgers' public declaration that he does not want the job, Tottenham are determined to persuade him to take the vacant head coach's role. They believe he will be of great service to the club.

In an effort to reduce the danger of breakaways and rebellions, the Premier League has started work on a code of conduct that all 20 clubs must sign. This is after the European Superleague caused a crisis in the world of football.

The conditions for Chelsea football club to meet if they want Romelu Lukaku back to Stamford Bridge are highly expensive. They will have to break their transfer record and pay at least £105 million. On the other hand Leicester are worried about losing in the Champions League for the second year in a row even if they make it to the top four.

• According to reports, Liverpool is leading in race against Barcelona to sign Donyell Malen of PSV Eindhoven. In another race to sign Sevilla defender Jules Kounde, Real Madrid is determined to beat Chelsea and Manchester United.

Following positive talks between Barcelona and Lionel Messi's father, Lionel Messi appears to be set to remain at the club. If Manchester City wins the Champions League this season, the players have been promised to receive bonuses of up to £1 million each.

Spurs have been put off by the possible expense of bringing in Brendan Rodgers, which may be as high as £70 million. Philippe Coutinho is set to join Everton for £35 million this summer according to The Sun.

Unai Emery: Winning Against EPL Clubs Is So Easy, Ole Gunnar Is Targeted

Chelsea Vs Arsenal: The Most Recent Predictions Ahead Of The Clash.