Manchester United fans have felt a lot of injustice is being done to them in the last couple of matches and Wednesday's Carabao Cup match against West Ham was no different.

The red devils endured some poor officiating on the day as Cristiano Ronaldo was denied two clear penalties but the referee was quick to give the hammers a penatly late on which was brilliantly parried away by David De Gea.

On Wednesday, it was the same opponent at Old Trafford in the cup game which referee Jonathan Moss took charge. 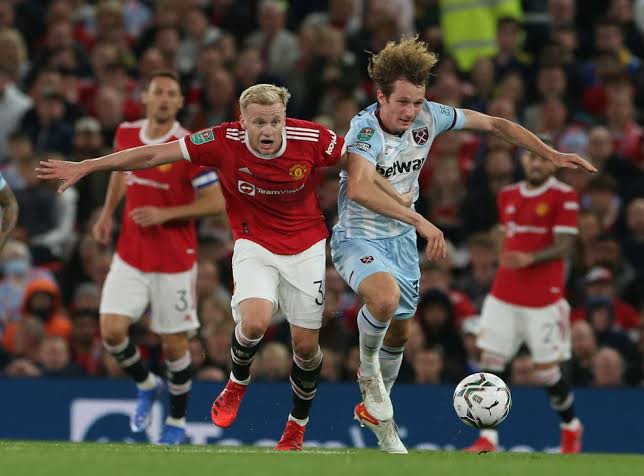 West Ham took an early lead through Manuel Lanzini in the 9th minute as United were forced to chase the game and try to come from behind.

With so many changes into the starting line up, it was obviously going to be a tough one but United did get good chances with Lingard looking the most dangerous.

The number 14 will however feel undone by the referee and VAR after Mark Noble clearly held his shirt bringing him down in the penalty area. 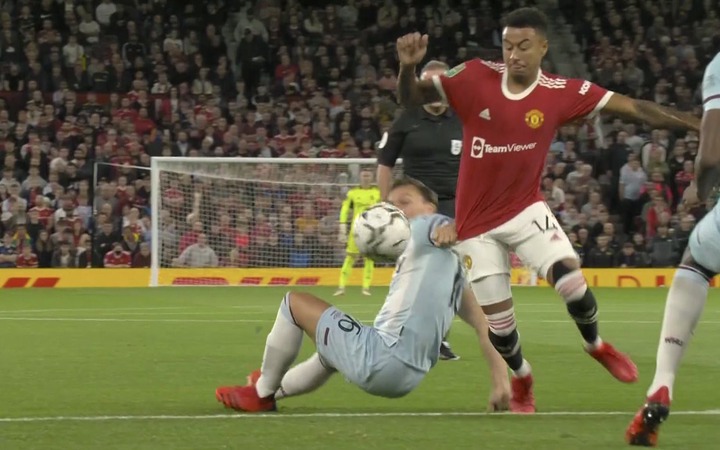 The referee who was very close to the action however waved the incident away much to the disappointment of all the red devils inside Old Trafford.

Taking to social media, this is what United fans had to say,

Danson: Investigation needs to be done against referees officiating @ManUtd matches... A clear foul against Lingard in d box in front of d ref and he refuse to call it... Something is def wrong somewhere...

Baba Sibuor: From the referees meeting before the beginning of the season, they resolved Man U isn't supposed to be awarded any penalty, no matter the tackle..

Elfpirate: @ManUtd lost this game before it began. What a disaster. And the fact that Jon Moss is still allowed as a referee is nothing short of a scandal.. 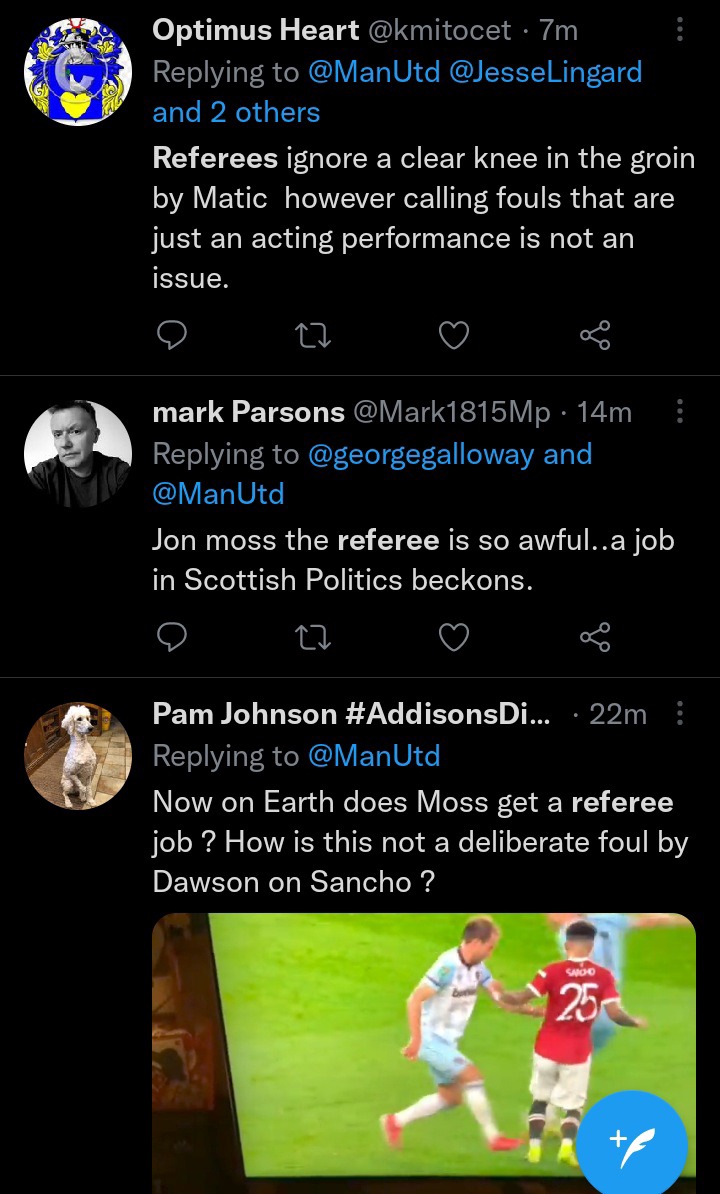 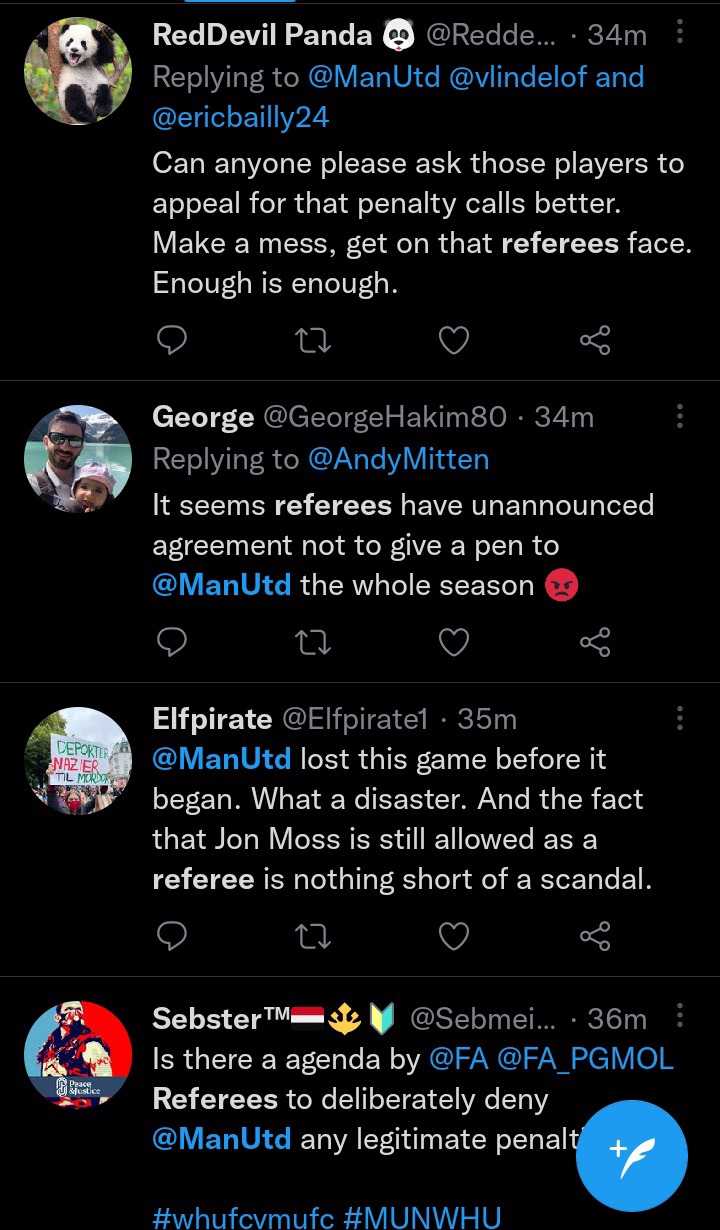 Danherschell: @ManUtd wouldn’t get a penalty if we had both legs snapped, nowhere near the ball in the box, #Referees have always hated us

Collegi White: I’m beginning to think there’s an agenda by referees not to award a penalty for @ManUtd this season. How can Jon Moss say he didn’t see Noble bringing Lingard down in the box. It’s becoming shameful

Game Week 9. Kings of the Match