A football star and a kenyan citizen Kenneth muguna is back in the most popular club in kenya. Kenneth muguna has been playing as midfielder in kf Tirana in Albania in superliga.

Kenneth muguna was born in 6th January in 1996 in meru county. He started playing professional football in western stima in 2016. 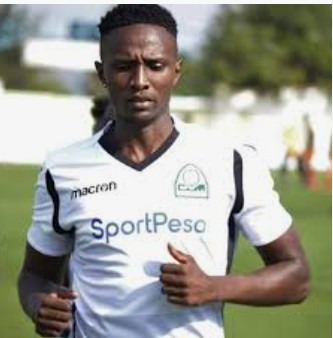 He later joined Gor mahia on a free transfer in football club in January 2017.He played for one year before joining kf Tirana in Albania.

Kenneth muguna has returned back to gor-mahia for a contract that expires on 2021.Muguna will boost the team ahead the crucial confederation of African football champions league.

Gor mahia faced a humiliating defeat of a 6:0 during the first leg of the caf champions league by cr belouizdad.

The team also was thrashed 2:1 on the second round of the match at nyayo stadium today.

Despite the poor performance Gor mahia has been dominating the in Kenya premier league for two consecutive season.