By Chinaza (self media writer) | 28 days ago 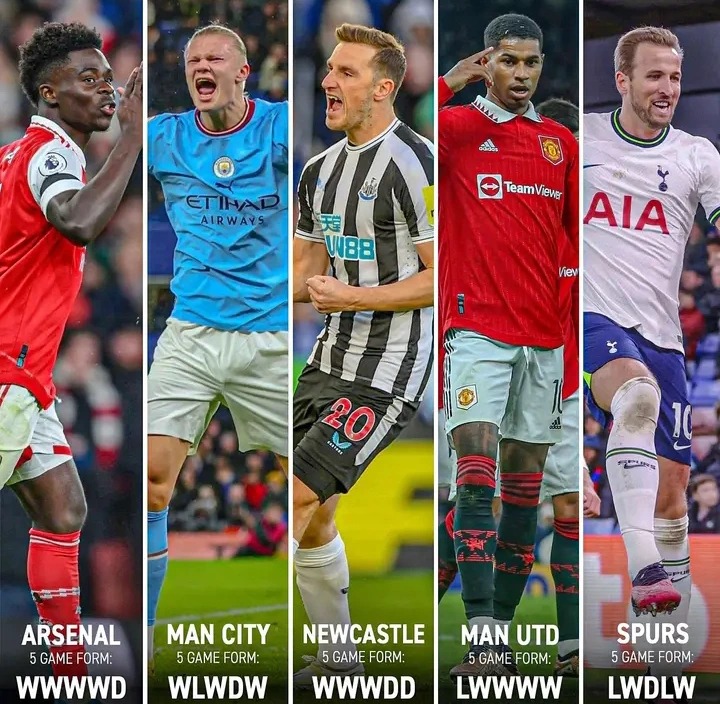 It should not come as a surprise that Arsenal FC suffered a loss against Newcastle United on the previous Monday, which resulted in the club's lead over Manchester City being cut to five points (5). The Premier League was put on hold between January 6 and 9, 2023 so that the FA Cup could be played. It is anticipated that the league will resume on January 12, 2023 with a match between Chelsea and Fulham, and the Manchester derby will take place on the following Saturday, January 14, 2023.

Arsenal FC has accumulated more points than any of the other four clubs that are currently in the top five spots on the league standings in the Premier League. Thirteen points were accumulated thanks to four victories and one draw for Mikel Arteta's team. The eleven points that Newcastle United earned were distributed as follows: three victories, two draws. Manchester United had a record of four wins and one loss. Twelve points were accumulated by the Red Devils.

Ten points were earned by Manchester City as a result of only three victories, one draw, and one defeat. The final record for Tottenham Hotspur was two wins, two losses, and one draw. The team led by Antonio Conte finished with only seven points.

Over the course of the previous five contests, Arsenal FC has amassed more points than any other team.

Content created and supplied by: Chinaza (via Opera News )