It is now confirmed that Leeds United ace Kalvin Philips will be playing for Pep Guardiola's side Manchester City from next season after successfully substituting Elland for Etihad stadium. 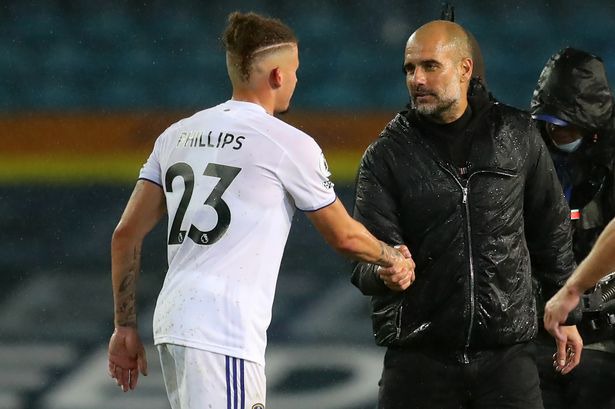 The Citizens have seen this deal over the line by triggering a total of £42 million plus £3 million add ons. The English has put a pen to paper for the sky blues in a deal that will see him at the for the next six years.

The defending champions made a move for the Leeds great after departure of their captain Ferdnahino Ruiz who made a decision to return to his boyhood club, a move the left Pep Guardiola with Rodri as the only defensive midfielder.

His move to Etihad means he will either be a regular starter under the Sparniad or will be serving as alternative in any case Rodri misses in action. 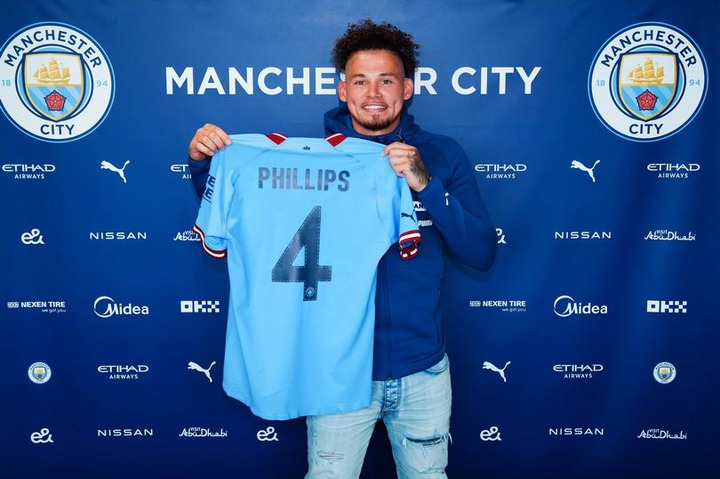 It is also interesting to notice that Kalvin has been handed with number 4 jersey, a number that was last worn by Vincent Kompany during his hey days at the club.

After being officially confirmed, the 24-year-old has opened up on reason why he made a decision to join Manchester City, giving Pep Guardiola a challenge.

Kalvin Philips says that he wants to learn from Pep Guardiola and his coaching staff. Saying that Pep has the task to make Kalvin Philips learn new things under him from next season is very safe. 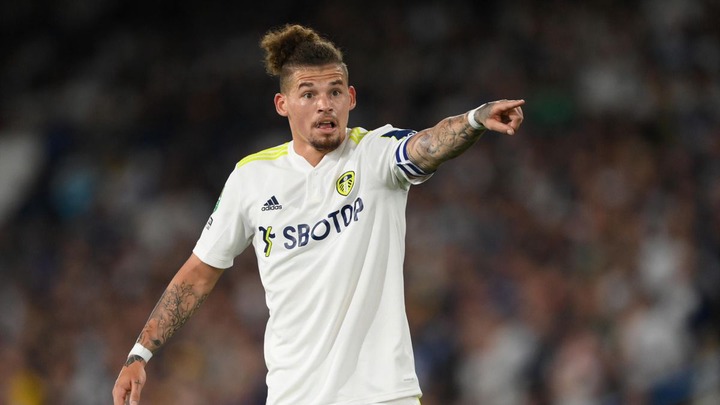 “To be able to play under Pep and learn from him and his coaching staff as well as be part of such a fantastic squad is a prospect that I am incredibly excited about. City are a world-class club with world-class staff and facilities and it’s a dream come true to have joined the club."