By ArntoTu (self meida writer) | 26 days

According to reliable sources, former Arsenal captain Patrick Vieira has accepted the head coach position at Crystal Palace and is expected to assume his duties in the coming days as Crystal Palace prepares for pre-season friendlies. 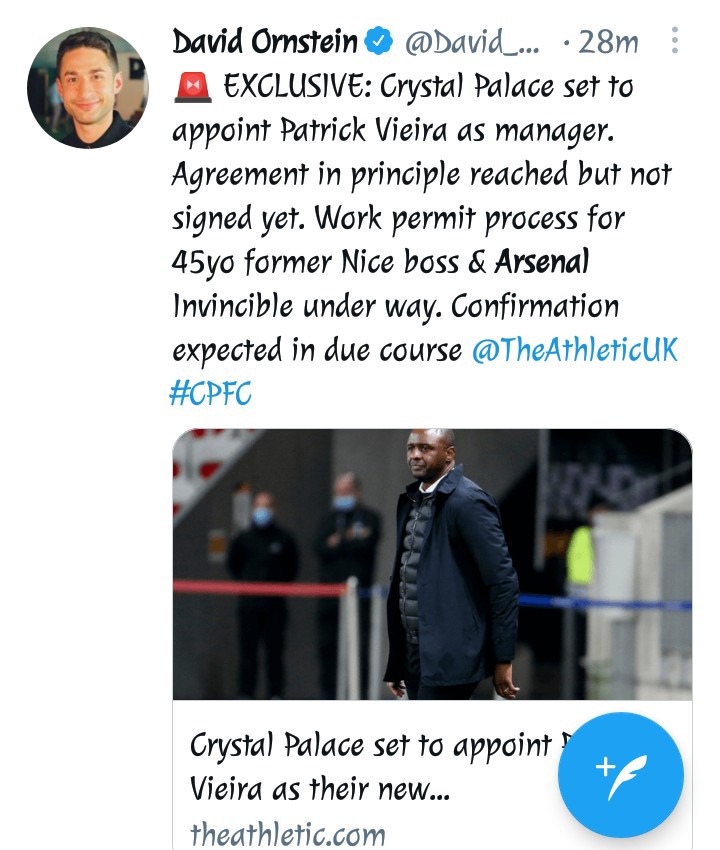 Vieira recently coached French club OGC Nice but unfortunately had a terrible campaign consequently forcing the board of OGC Nice to sack him. Vieira will take over from Roy Hodgson who retired from professional coaching having managed over eight Premier League teams in the past three decades. Arsenal fans have welcomed the invincible legend and have said that they look forward to meeting the squad that will be assembled by Viera to face Arsenal in the league next season.

Football guru Fabrizio Romano has confirmed that Arsenal and Benfica have agreed over on the transfer fee of Nuno Tavares. A bid of around £8 million which was made by arsenal earlier today was accepted and the medicals will soon be done pending announcement and confirmation of the deal by Arsenal. 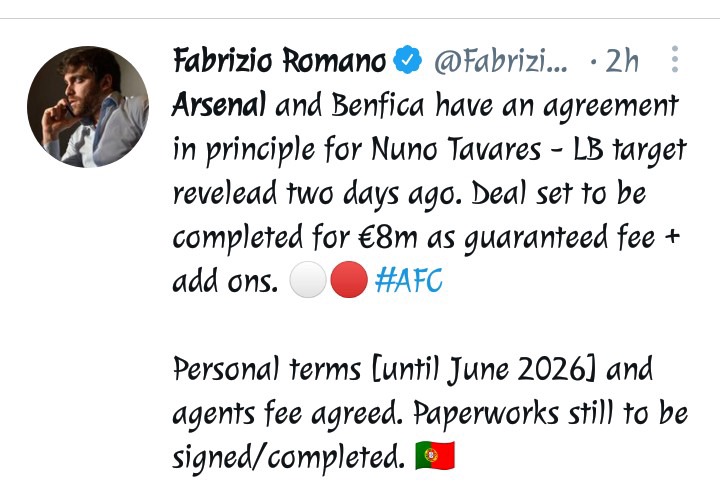 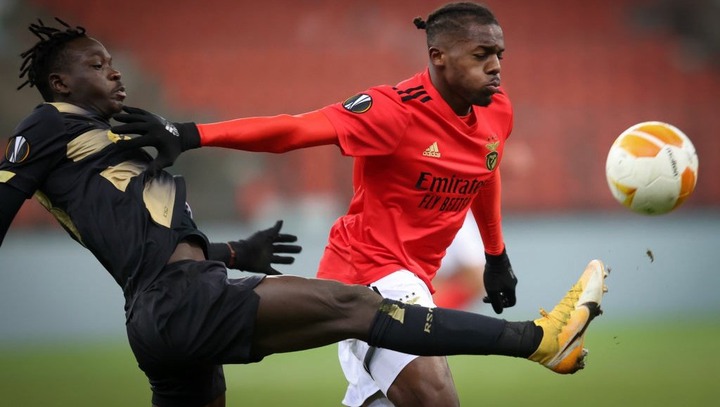 AC Milan fans are urging the transfer agents of the club to expedite negotiations with highly-rated midfielder Franck Kessie who has been heavily linked with a move to Arsenal. According to reports, the star-rated midfielder has only one year left in his contract at San Siro and Arsenal will be planning to make a move on the midfielder when his contract expires after next season. 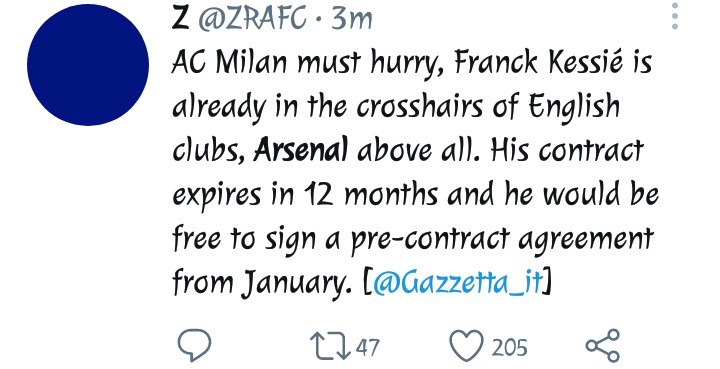