Arsenal's indomitable form continues as they drag Liverpool into shambles on the defensive technique. 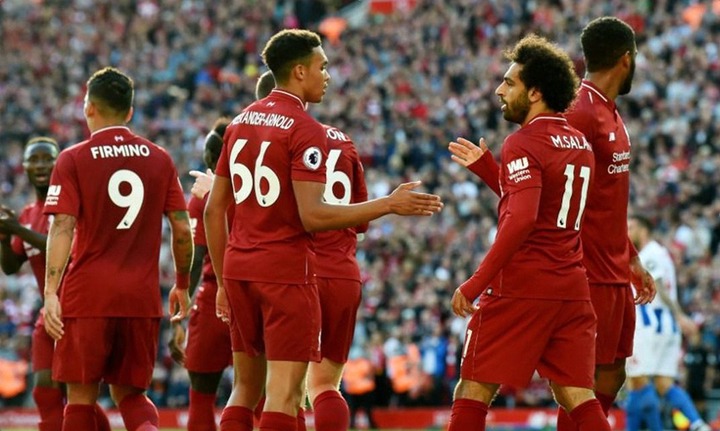 Liverpool have not shown a good game so far conceding twice before Half time with their only goal scored by Darwin Nunez after a beautiful pass from Luiz Diaz. 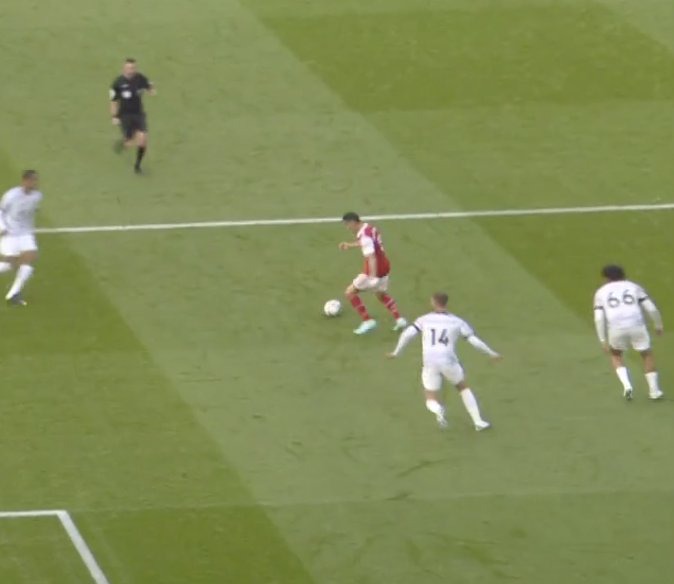 Fans have however shown disbelief with two of the starting eleven from the Liverpool side, saying they deserve to be benched for a while. 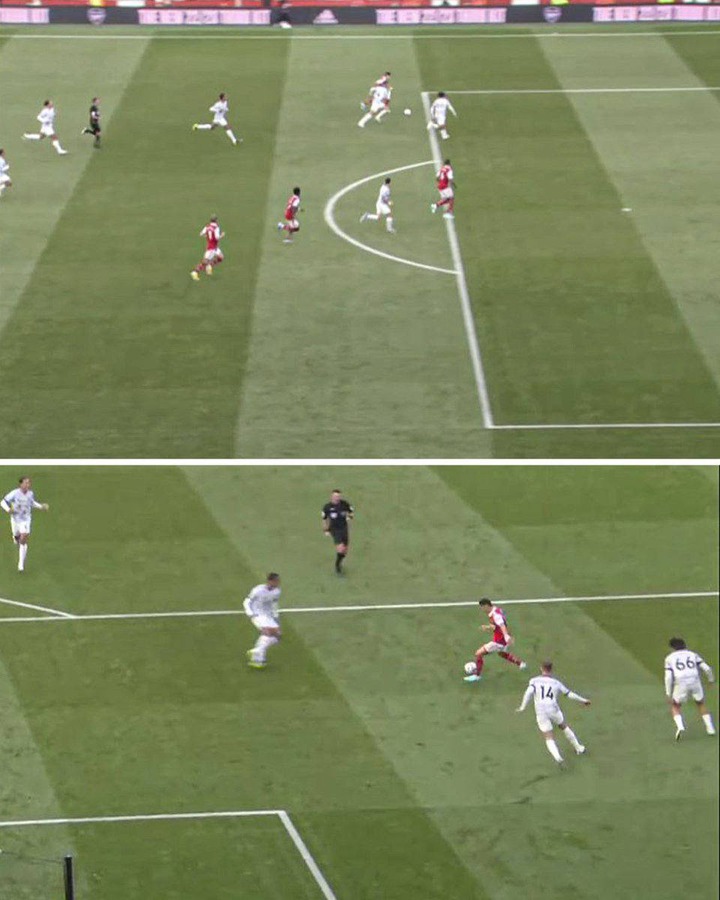 See some of their reactions as posted on twitter. 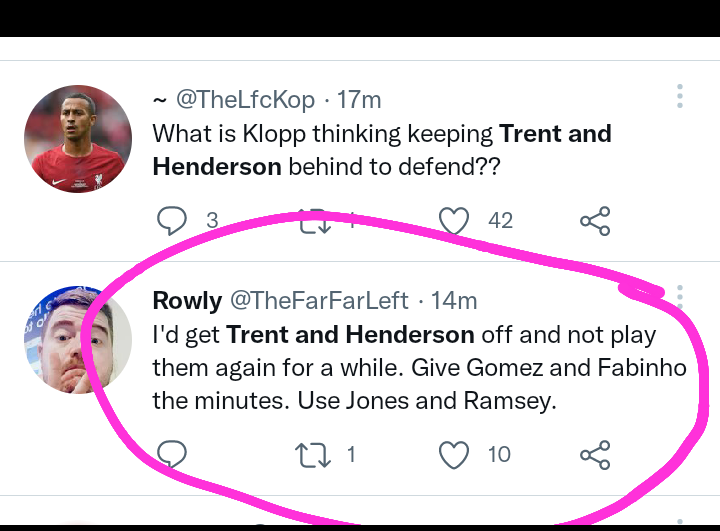 Trent Alexander Arnold and captain Jordan Henderson both showed a poor game play during half time as they were forced to follow the ball through most of the time. 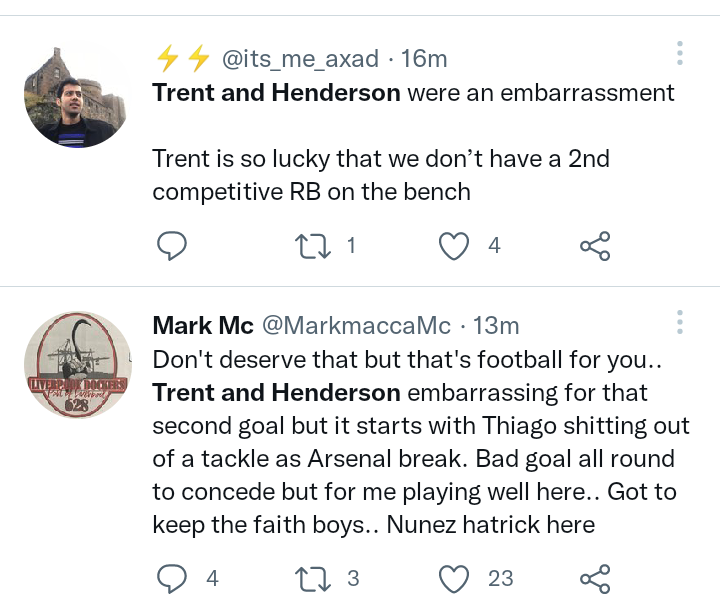 With Fabinho still nursing an injury, that will obviously be a tough decision for Klopp to make, but fans believe they should remain on the bench. 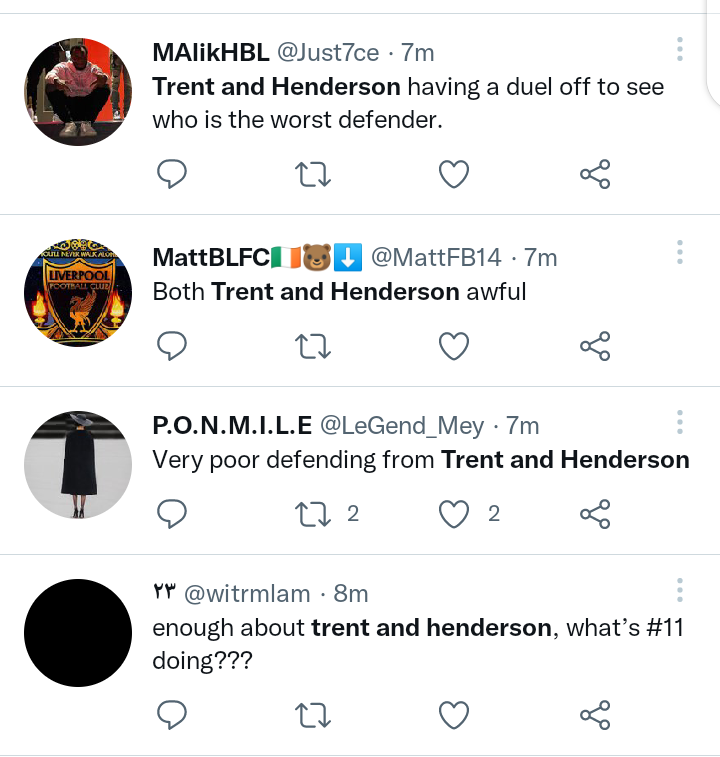 Liverpool are sinking down the table standings every match week, and their poor defense now means they have conceded first in majority of their last 15 games in a row.