By Nyambaneomwenga (self media writer) | 1 month ago 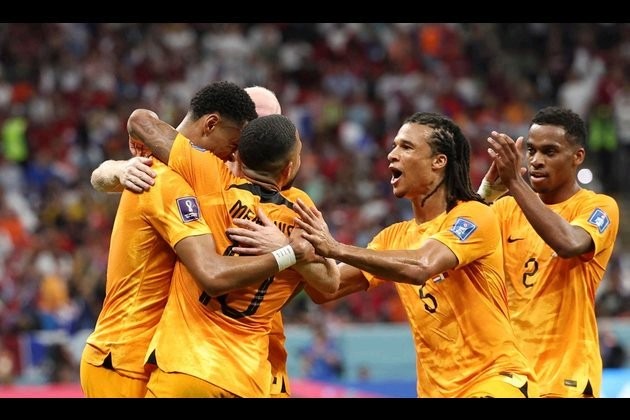 (Xinhua) — DOHA, Nov. 29 (Xinhua) — Cody Gakpo and Frenkie de Jong scored as the Netherlands defeated Qatar 2-0 in World Cup Group A on Tuesday, advancing to the last 16 with seven points.

Qatar became the first team eliminated from the World Cup after the first two games, and only the second host to exit in the group stage after South Africa in 2010, while the Netherlands, with four points from two games, needed at least a draw to advance to the knockout stage.

The Netherlands dominated the match with 12 shots, while the hosts had six but failed to create any scoring chances.

Gakpo broke the deadlock in the 26th minute after breaking into the penalty area and drilling an unstoppable shot into the far corner thanks to a direct pass from Davy Klaassen. The 23-year-old Eindhoven forward scored three goals in three games and now leads the league in scoring with three.

After Qatari goalkeeper Meshaal Barsham parried a close range shot from Memphis Depay, De Jong pounced on a rebound and tapped home in the 49th minute.

Steven Berghuis scored his third goal for the world No. 8 in the 68th minute, but the goal was later disallowed by VAR due to a handball by Gakpo in the buildup.

On Saturday, the Netherlands will face the second-placed team in Group B.