Give Him Another Chance, Kenyans Tell Athletics Kenya After Olympic Champion Asbel Kiprop Cried Out

By NRMedia (self meida writer) | 11 days 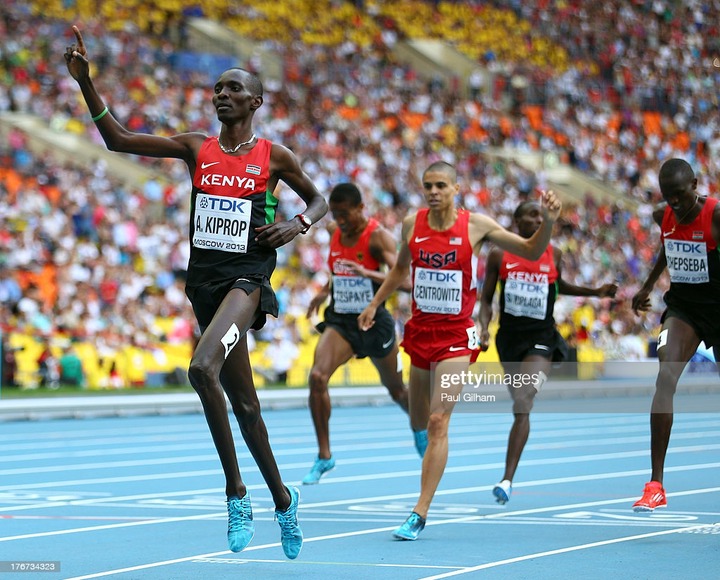 Two years after Kenya's former Olympic 1500 metres champion Asbel Kiprop was handed a four-year ban for allegedly doping, the former champion has cried out to the athletics body.

Speaking on Tuesday, Kiprop, who is set to serve the ban until 2023, Kiprop maintained his innocence, saying he had paid enough for the mistakes that he did not committed.

According to Kiprop, it has been a painful experience being denied the chance to participate and carry the country's flag at international levels, saying this has not only affected his well being but also of those who are around and are looking up to him.

"It is inhuman for anybody who has suffered whether guilty or not to get life imprisonment or double punishment. It is a tough experience to be falsely accused, to be banned, embarrassed and to loose your credibility and integrity," he said.

While urging the athletics body to give him another chance, Kiprop said he had suffered enough and that he is looking forward to getting an opportunity to represent Kenya again in international races.

"Even someone in the bible asked God to remember the goods he had done...so I am also asking the athletics Kenya that despite the fact that I have been innocent, let them remember the goods I have done for Kenya...everybody deserves a second chance even if they have sinned," he added. 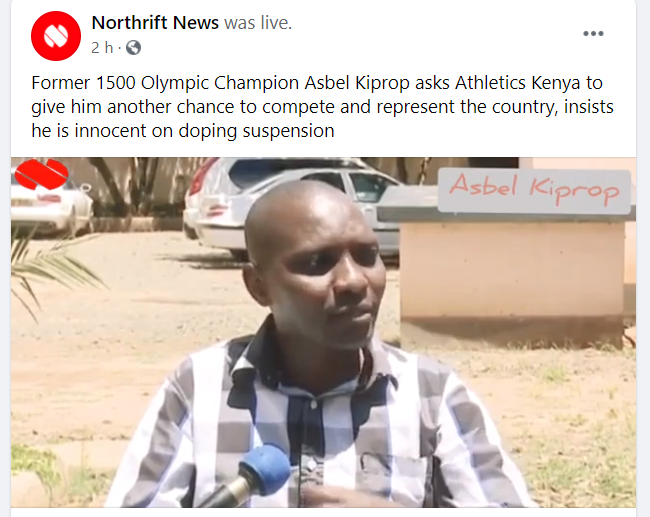 Kiprop's pleas however, got the attention of most Kenyans, who came out to ask the athletics body to give him another chance of representing the nation.

While terming Kiprop as a true patriot and a hero who offered his best for the country, many read malice in some of the athletics officials, saying they could have manipulated the results to lock Kiprop out due to their own differences.

Here are some of the comments; 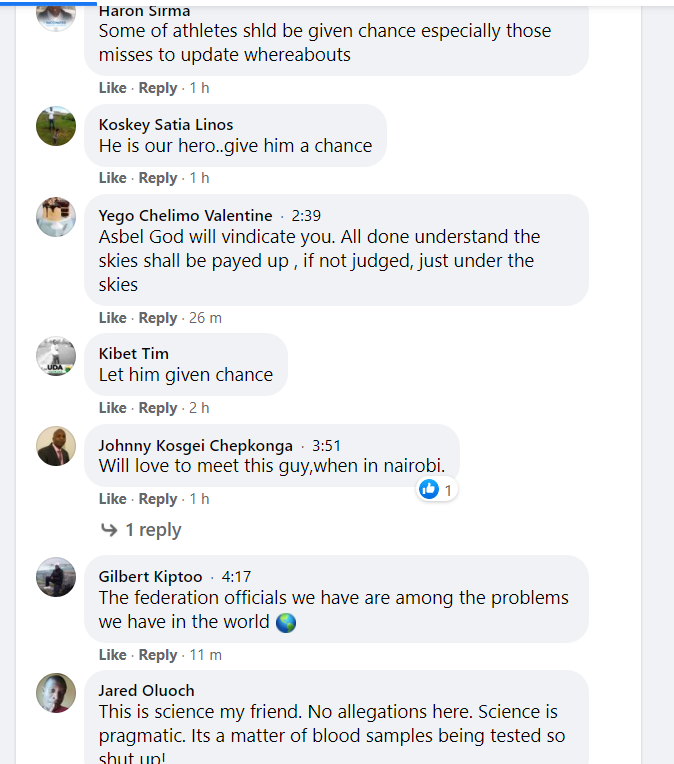 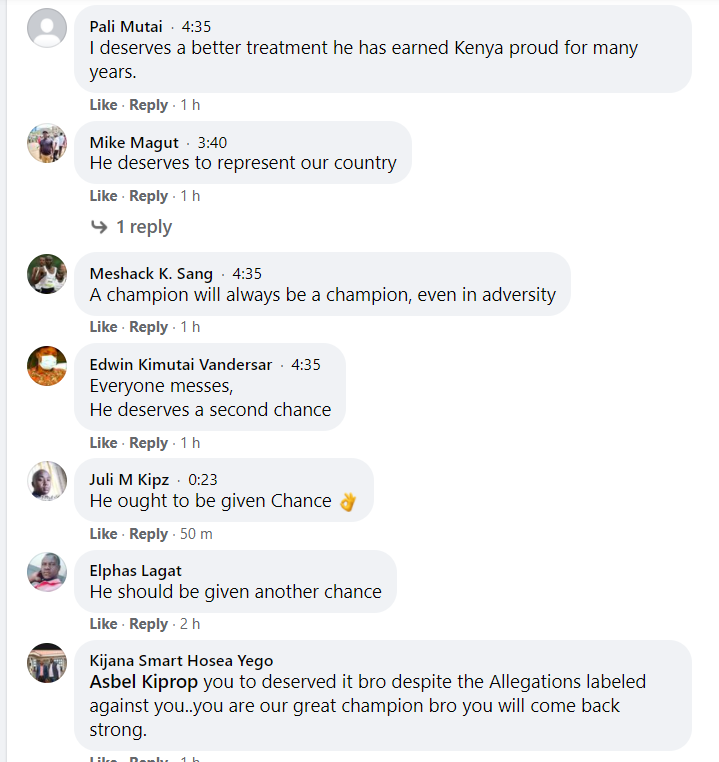 Top Teams That Will Earn You Huge Money

Nyeri County: Baby Thrown to Pit Latrine by The Mother Who Fled Away Has Rescued in Rung'iru