France and Arsenal legend Thierry Henry has been named in the premier league Hall of fame alongside Blackburn and Newcastle legend Allan Shearer with the two becoming the first inductees by the popular league.

The hall of fame is the highest individual accolade awarded to players by the league as it seeks to recognize and celebrate individuals with exceptional skills and talent who have graced the premier league since 1992.

Henry who was signed by iconic Arsenal manager Arsene Wenger while the gunners were still at highbury won the golden boots on four occasions with Arsenal but it was his role during the invicibles reign that stood out. 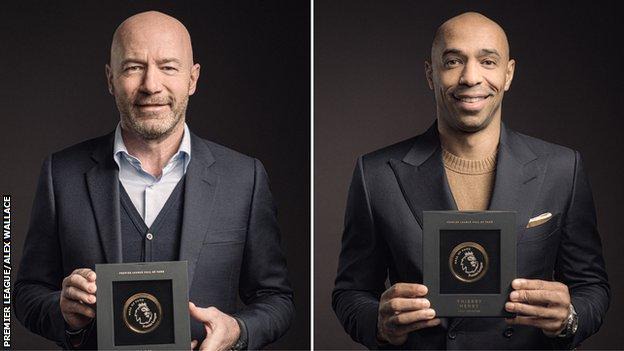 Shearer has been inducted as the all time top scorer across fourteen seasons where he bagged 260 top flight career goals having featured for only two sides in the premier league during his playing days.

Thierry on the other hand netted 175 goals for Arsenal in 258 matches before he was signed by Spanish and Clasico giants Barcelona having scored twenty goals in five consecutive seasons for Arsenal.

Besides his goalscoring exploits,Henry also had an eye for a pass and managed to create seventy four assists which together with his goals has seen his name Allan Shearer's inducted in the hall of fame.