Bayern Munich have begun talks with Ousmane Dembélé to sign him on a free transfer. They will offer the Barça man a four-year contract with a salary of around €18m per year.(Source: @lequipe) 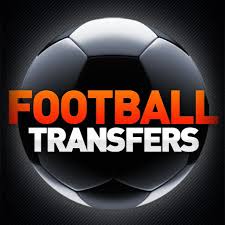 Newcastle are in a strong position to sign Burnley defender James Tarkowski for free this summer, when his contract runs out.(Source: 90min)

Barcelona urgently need liquidity. At the moment, they cannot afford to pay the players' wages, which are due in June. The sporting staff is waiting for the club to seal big sponsorship and economic deals soon.(Source: @FCBRAC1)

Brendan Rodgers is considering a £14 million bid for RB Leipzig winger Ademola Lookman as he prepares for a summer overhaul of his squad.

Filippo Ranocchia and you Juventus have agreed on a contract in principle until 2026 or 2027.

Gareth Bale's agent Jonathan Barnett to WalesOnline:"We'll look and see in due course. But I repeat there are no options on the table at the moment.

"Cardiff has a lot of plusses. He's from Wales, his family are from there. From a personal point of view it could appeal."

Juventus are 'close' to agreeing terms with Perisic over €6M/year.[@Gazzetta_it]

Dybala will sign a four year deal with Inter[@Gazzetta_it]

Meeting between Juventus and Bernardeschi's agent next Friday to decide if the player will continue at the club.[@lucabianchin7]

The club will pocket around €10m and the pre-season will take place between July 19 and 30.

Juventus are now waiting to catch up with Paul Pogba. After meetings with his agent, it now depends on Pogba, who has to decide whether to accept a lower offer than the others on the table. [@DiMarzio]

Paul Pogba has decided that he will leave #mufc. [@DiMarzio}

BREAKING: Ben Chilwell is back in the first team training. Tuchel has given him a hug and teammates gave a round of applause.

Chelsea will be an option for Lewandowski only if FC Barcelona & Bayern Munich don't reach an agreement.

[FabrizioRomano}Kylian Mbappe’s camp says they have never negotiated with Barcelona or with Joan Laporta. They also deny the request of the €50M net per season.

[lequipe] Bayern Munich is offering Dembele a 4 years contract and a salary of around €18M per season.

Barça have finalised their USA tour this summer. They will rent the Las Vegas stadium together with Real Madrid and will share the profits, and will do the same with Juventus in Los Angeles. [cope]

Maize Flour Prices to Drop in The Next Two Weeks