By Anellewiks (self media writer) | 14 days ago

Jermaine Pennant, ex-Liverpool player at war with United followers, after claims that state the club will not be anywhere in the top four teams on the premier league table. 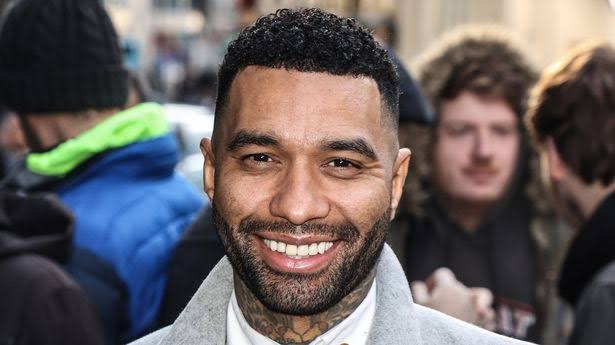 The 40-year-old dropped a tweet that stated that the Red Devil's dream to settle on the top four will just be an utter nightmare while responding in a discussion on the premier league table standings by the end of the season.

Jermaine Pennant said," Won't get in". 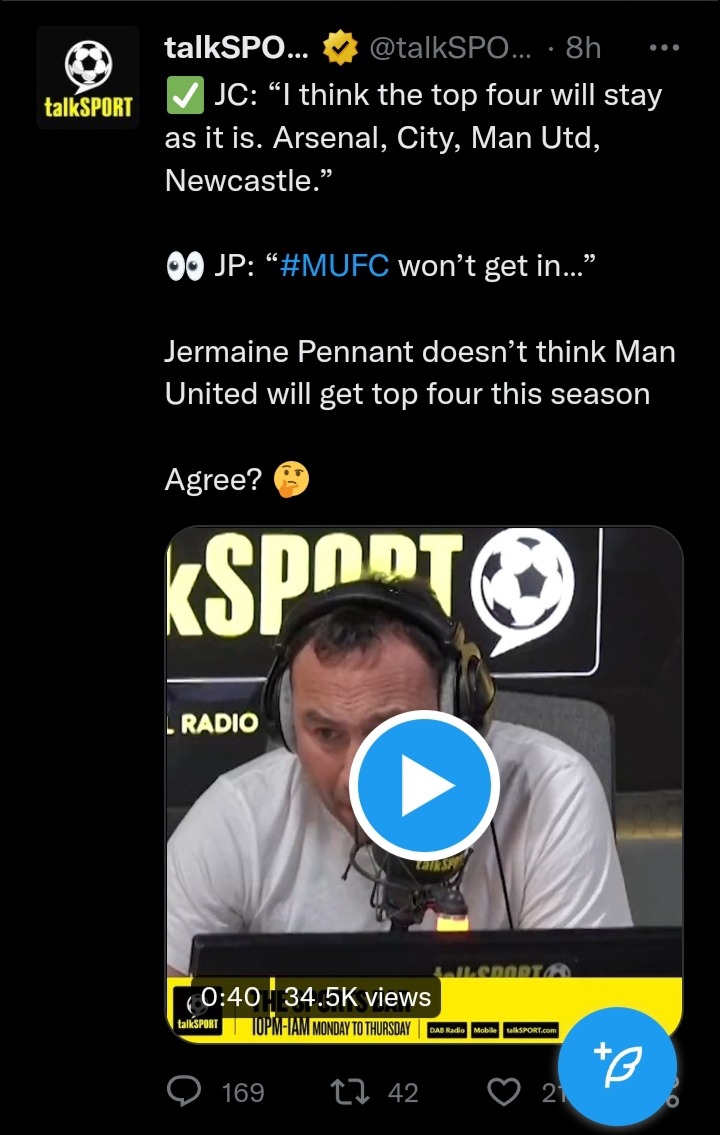 His tweet got United supporters boiling, with most bashing him for his hatred towards the team.

Below are some of the responses given to Jermaine's statement, with United supporters expressing disappointment against his opinion. 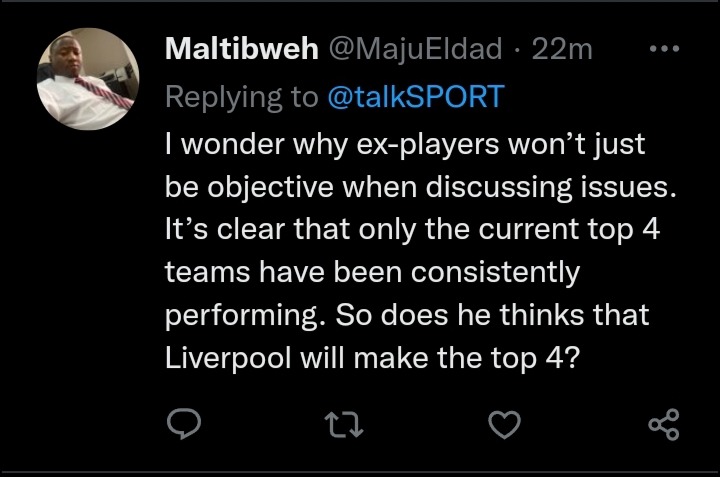 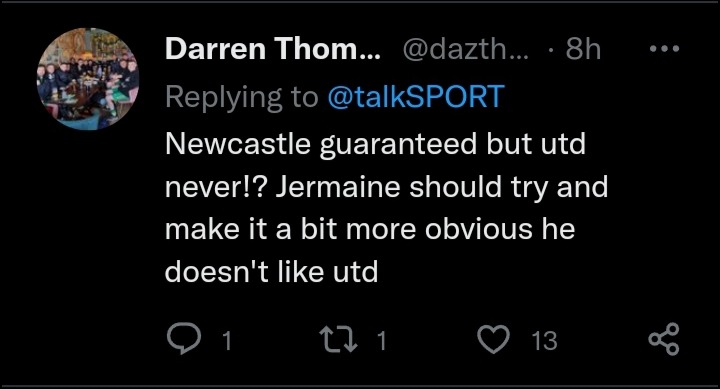 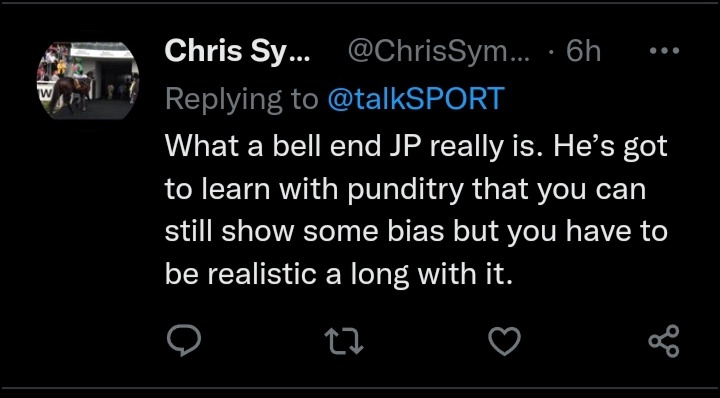 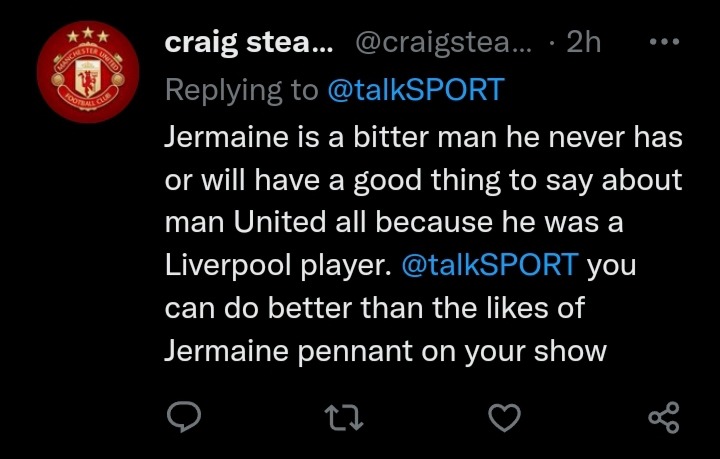 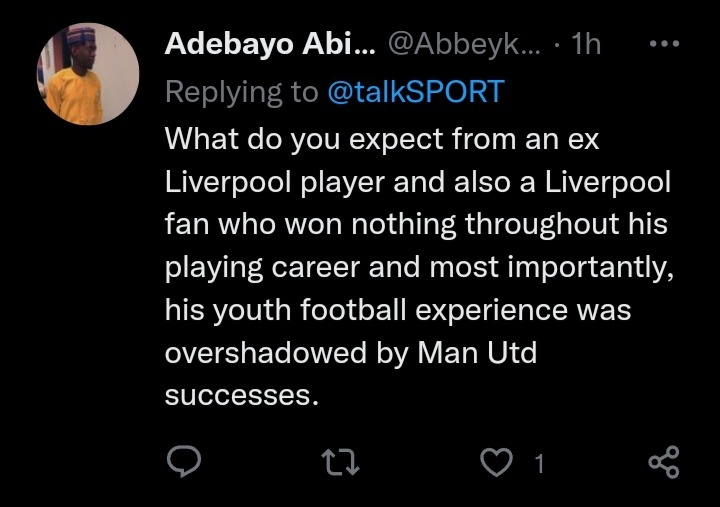 Content created and supplied by: Anellewiks (via Opera News )