By TheDailyScoop.com (self meida writer) | 14 days

Ole Gunnar Solskjaer is a very ambitious manager which is very clear with the project he is building at Old Trafford. The ruthless manager has been a success at the club since he was appointed, thus earning him a new long term contract.

In the transfers, he changed the strategies as he is now targeting young ambitious European talents who will star for the club on a long term.

Several young players have been linked to Old Trafford for the summer transfer window, with some speculations being true as Ole Gunnar Solskjaer will push the club to sign these players.

Manchester United have been linked with Nuno Mendes for a long time now with the latest reports being positive that the player will join over the summer. 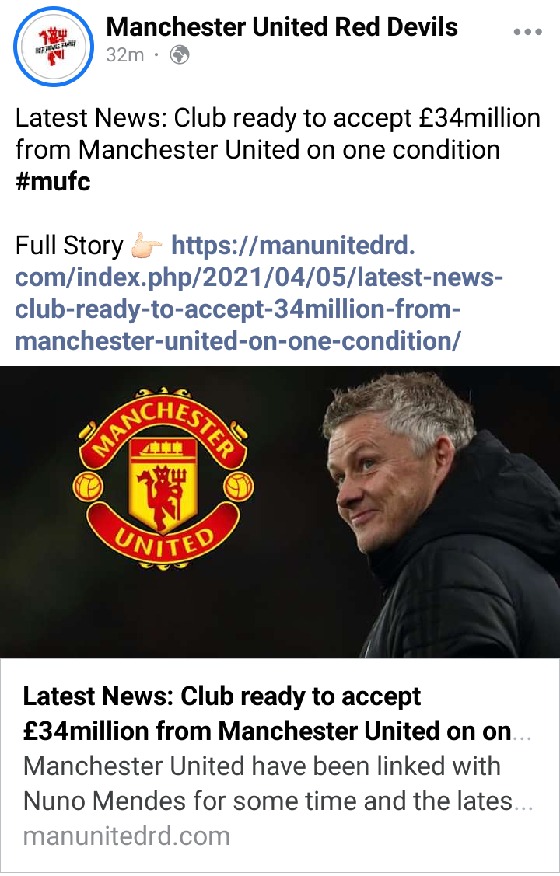 According to Record via Sport Witness football reports, Manchester United can sign Nuno Mendes on a cheap, not for the £70 million release clause he has on his current contract.

It is being claimed that Sporting Lisbon are willing to accept a £34 million transfer fee from Manchester United, but they have set one condition for the deal to come through.

Sporting Lisbon are demanding for star left back Alex Telles to be part of the deal whereby the Brazilian will move to Sporting on a season loan deal.

This seems to be a very lucrative deal which Manchester United will embrace because Nuno Mendes is a highly rated star player who is being tracked by several top clubs.