Tusker FC alias Brewers have left for Tunisia four days earlier ahead of their second leg fixture scheduled for Sunday.

The representatives of Kenya in the CAF Confederation Cup have named their squad that will travel to Tunisia for their Sunday’s match against CS Sfaxien.

For the Brewers to qualify for the CAF Confederation Cup group stage, they have to oustand favorites Sfaxien.

﻿The first leg of the match ended as a goalless draw; a match that was played at the Nyayo National Stadium on Sunday afternoon. 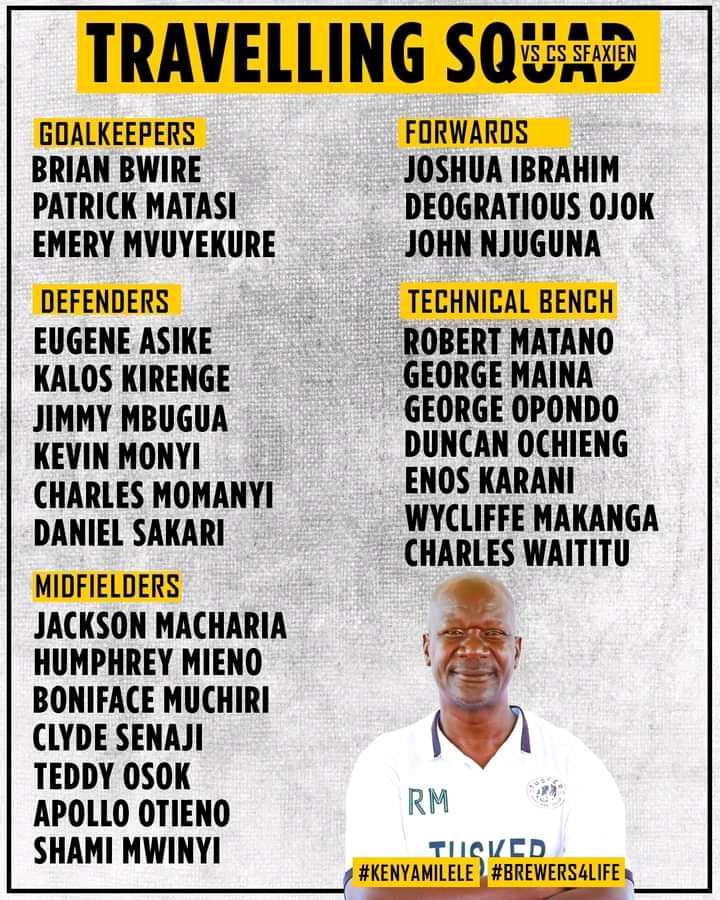 The team will touch down in Tunisia tomorrow, Thursday where they will pitch camp and prepare for Sunday’s match against the hosts.

The attack consists of Deogratious Ojok, Ibrahim Joshua, and John Njuguna with Kevin Okoth missing out on the squad.