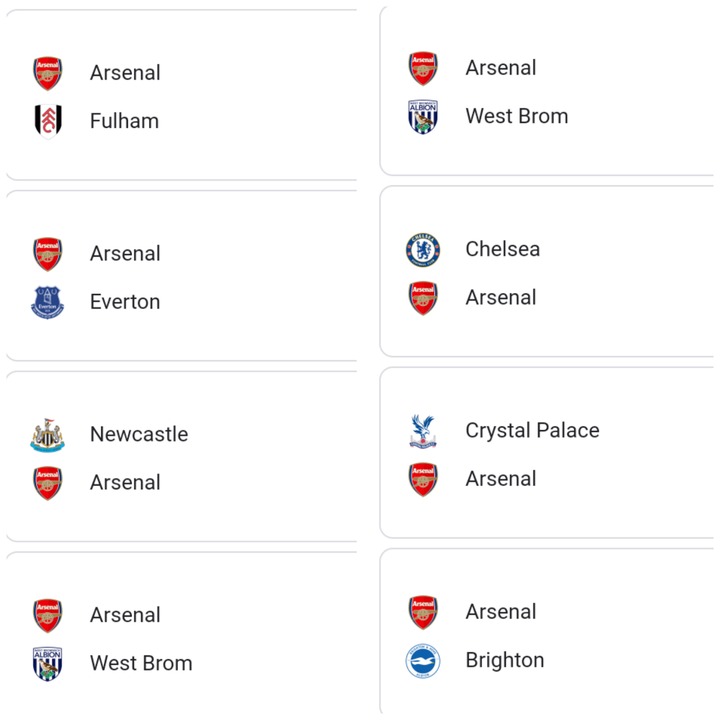 Arsenal started this season on a low and went on some highs especially towards the end of December and January.They then lost the momentum and are currently placed at number eleven.Last season they finished at number eight with the FA cup being their only getaway to now playing Europa league.

They have an averagely easier fixture in the month of April and May that in my opinion might see them get back to a Europa league place from the premier league. 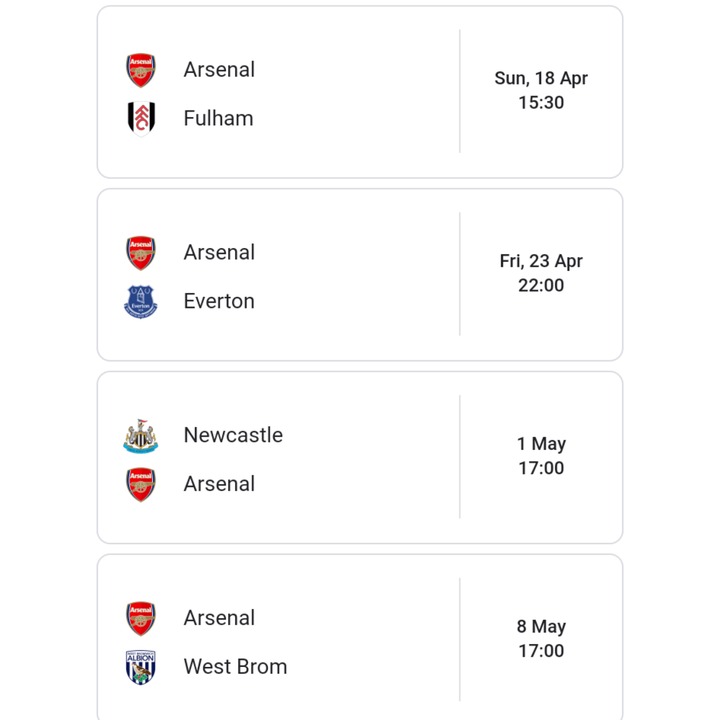 Arsenal play against Sheffield today and I them bouncing back from the poor results they exhibited last time out.Last time out the gunners won 2:1 at the Emirates.

They will then host Fulham at the Emirates and I expect a win for the gunners.In the first leg, Arsenal won 3:0 against Fulham.That was the first match of the season.

Arsenal will then host Everton while at home.They lost 2:1 against Everton in the last meeting they had.Everton have also lost form considerably and I would back up the gunners in this clash.

Arsenal will then travel to Newcastle on 1st May.In the first leg Arsenal won 4:0 and I see a replica of the same happening. 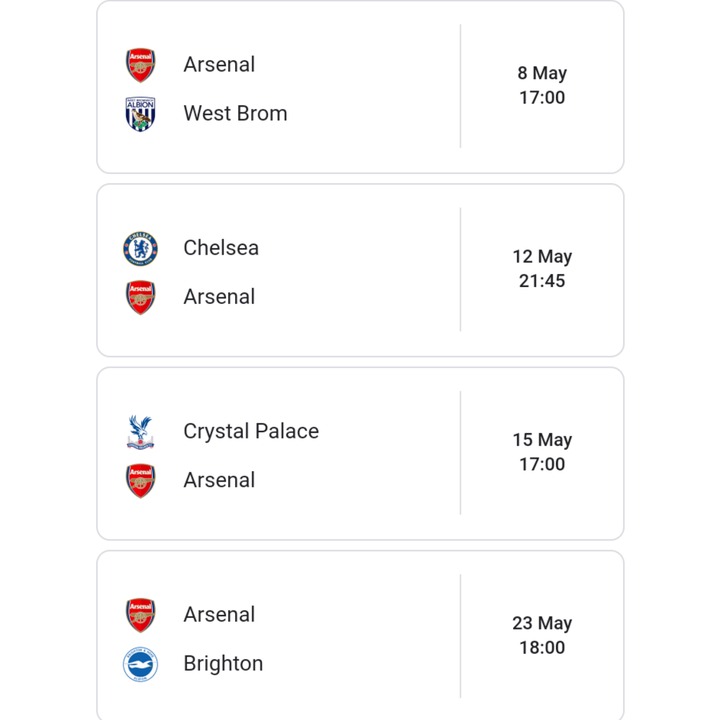 Im also backing Arsenal against Westbrom as they won 4:0 against the side in the first leg.A repeat of the same is in the cards depending on team fitness levels.

Chelsea vs Arsenal will be a tough one . I see this as a potential loss for the gunners because Chelsea have a good squad and have a high tempo currently.So a loss or a draw.Plus the gunners don't win away from home in many occasions.

Arsenal vs Brighton is a potential draw.Arsenal are known for losing points cheaply.If Arsenal win 80% of these matches then they can still get into a Europa league place.What are your thoughts on this analysis?