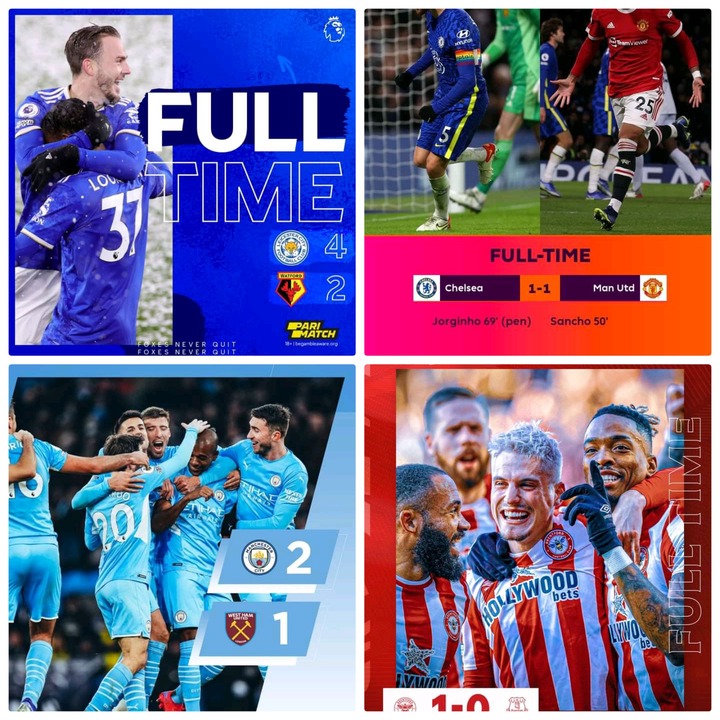 The English Premier League table is taking shape after match day 13 where various teams have shown their interest in winning the EPL trophy after incredible performance against their opponents.

On Sunday, a total of four matches were played and one of Burnley and Tottenham Hotspur was postponed because of bad weather. In the first game Brentford won 1-0 against Everton, Leicester City humiliation newly promoted Watford 4-2 and Manchester city pocketed three important points against after winning 2-1 against West ham United.

In another high competitive match, Chelsea and Manchester United shared a point each after finishing 1-1 draw. Goals from Sancho and Jorginho helped the two teams to secure a draw. 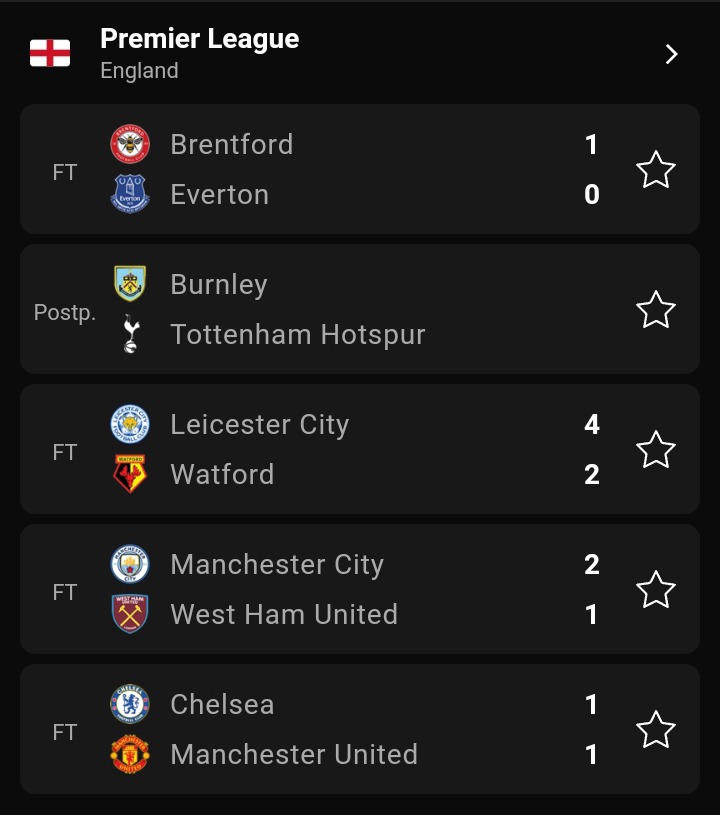 After match 13, Chelsea still sits at the top with 30 points, followed by Manchester City with 29 points. Liverpool has 28 points while West ham despite 2-1 defeat by Manchester city they have 23 points sitting at fourth position having same points with Arsenal who are the fifth position. Wolves, Tottenham and Manchester United sits at 6, 7 and position 8 respectfully. 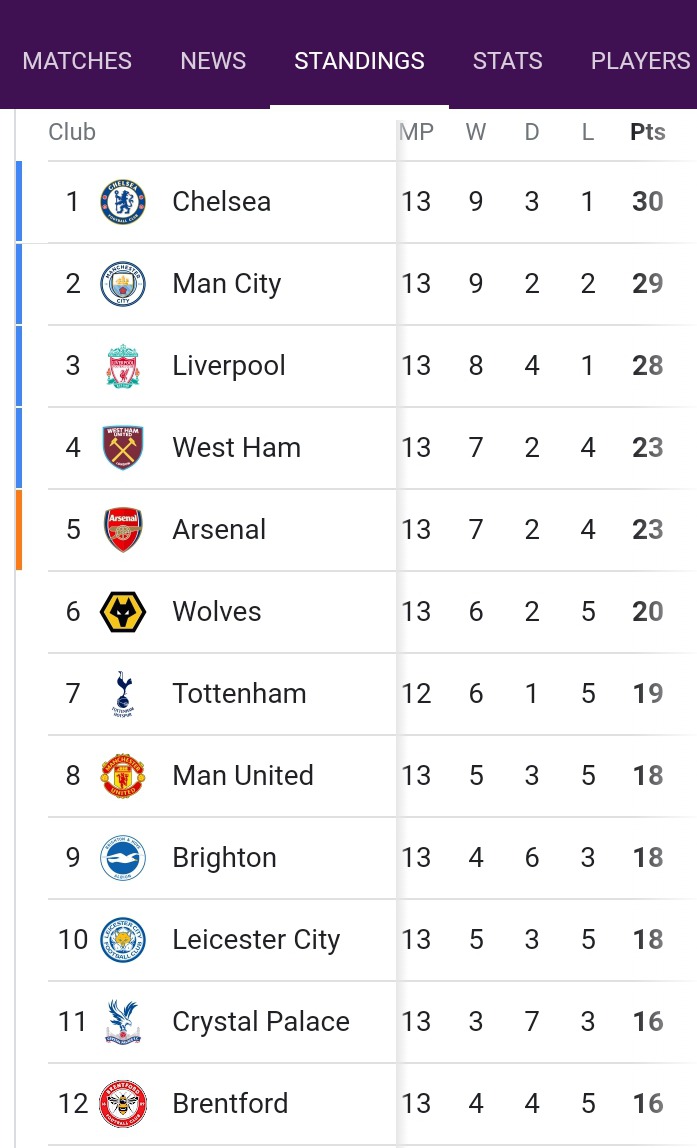