By UncledimoEdison (self meida writer) | 21 days 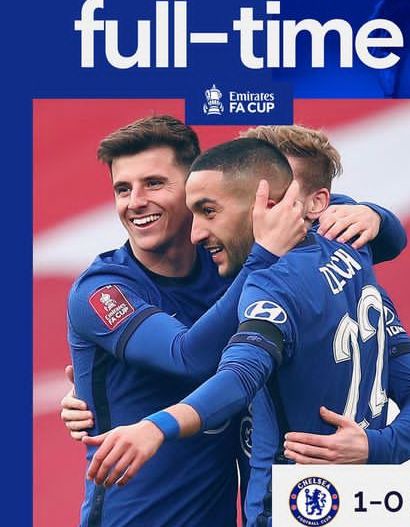 The last season's beaten finalists have been crowned winners for 2020/2021 FA Cup title. Hakim Ziyech set Chelsea ahead at the second half of the match. Ahead of the title, Ziyech said FA Cup had never been special to him but his second half goal that clinched Chelsea's win in the final may have changed that.

Ziyech converted Timo Werner's squared pass after Chelsea sprang Man City's offside trap 10 minutes into the second half and the goal proved the decisive in a game of few chances. 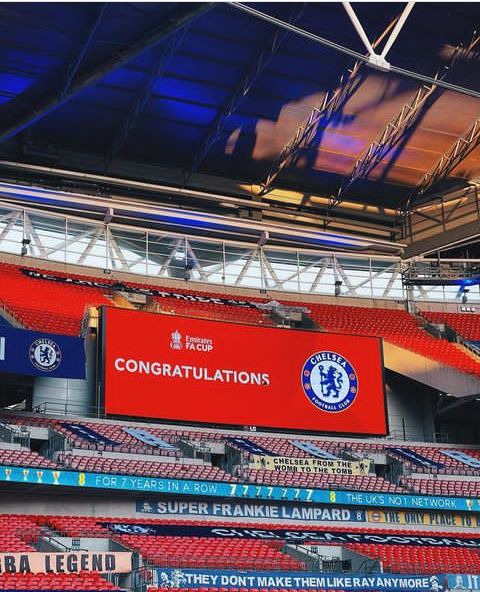 City could still face Chelsea in the coming final of UEFA Champions League this season after both teams qualified for the semis. Their problems were compounded by Kevin De Bruyne's injury just in second half of the match.

The Belgian was forced off early in the second half making him a doubt for the Carabao Cup final against Tottenham Hortspurs in Wembley next weekend. Pep Guadiola's side failed to change the rhythm of the game to secure the response on Ziyech's goal despite having dominated the possession. 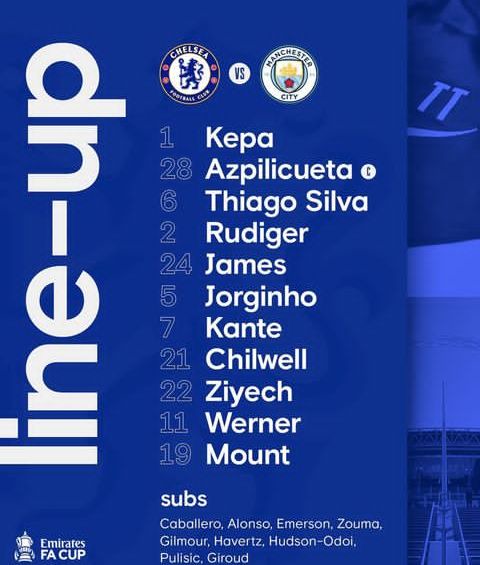 Gabriel Jesus fired wasteful over from close range after their golden chance while Rodi was denied by Kepa Arrizabalaga from City's corner in the stoppage time.

Chelsea's win make it 14 clean sheets in 19 games under the new coaching staff Tuchel. Christian Pulisic scored a second in the late minutes but was ruled as offside.

The Blues will be favourites to go on and lift the trophy in the final against either Leicester or Southermpton. 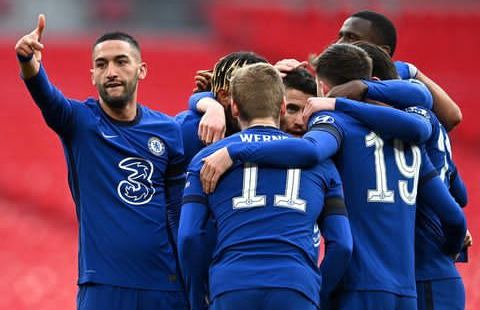 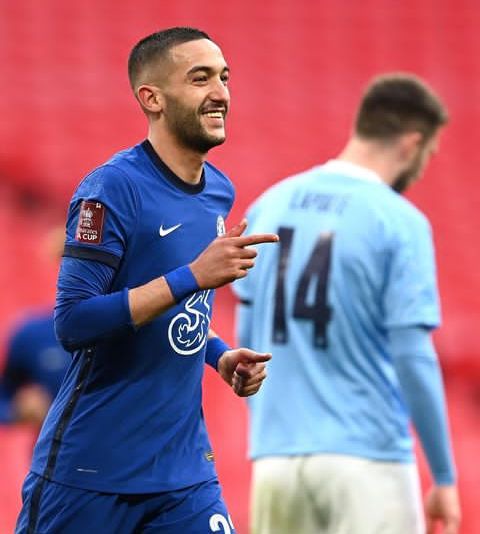 Content created and supplied by: UncledimoEdison (via Opera News )

Revealed: Arsenal Leading The Race To Sign Partey's Perfect Partner At A Cut Price This Summer.

Stake On These Sure- Bets This Super Sunday