The hosts have won six matches,lost two matches with two draws being recorded in the championship.The goal difference is 32-17 in favour of the hosts.

The hosts have won four matches,lost two matches with three draws on the road.The goal difference is 26-17 in favour of the hosts. 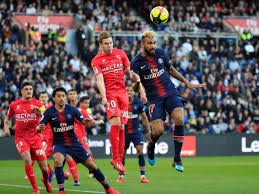