Cristiano Ronaldo is no doubt an integral part of Manchester united this season. This was echoed by his outstanding performance days ago when he scored two crucial goals that helped Manchester United emerge victorious against perennial rivals arsenal. 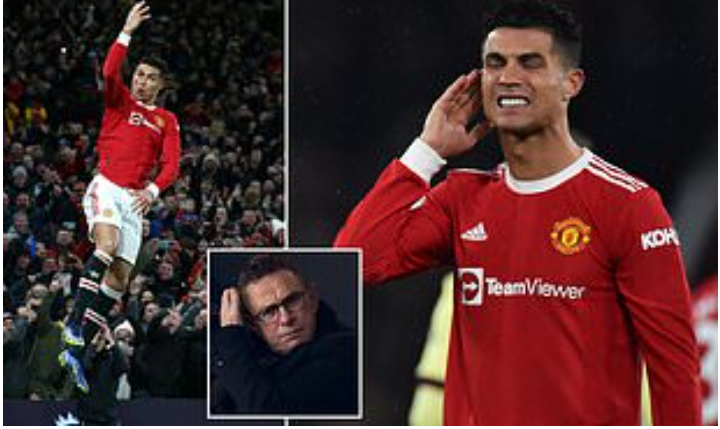 Strangely though, the Portuguese international is likely to sit out during Ralf Rangnick first game in charge after he allegedly injured his knee doing his trademark "siu"celebration after he scored the winning penalty.

If he misses out, then Manchester United Will have a mountain to climb against London based club crystal palace which has improved greatly after former arsenal legend Patrick viera took charge a couple of months ago.

Michael Carrick stepped down from his position immediately after the win to pave way for incoming manager Ralf Rangnick who is expected to guide Manchester United through the last part of the season as the club searches for a permanent manager to replace Ole gunna who was sacked after a disastrous spell.