3 World Class Signings That Will Make Liverpool Unstoppable Next Season 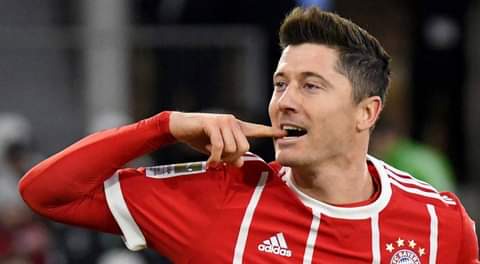 After enduring a torrid 2020/2021 season, Liverpool could be aiming to bounce back ahead of next season.

With the attacking trio of Sadio Mane, Mohamed Salah and Roberto Firmino failing to hit their usual standards last season, the club could go shopping for new strikers ahead of the new campaign.

It is reported that the Reds are interested to make a move for Paris Saint Germain forward Kylian Mbappe.

Similarly, having lost their star man Girgio Wijnaldum to PSG, Liverpool should look for a replacement.

So, who should Liverpool sign if they are to make a return into English football with a bang?

1. Robert Lewandowski: The Bayern Munich star is one of the most sought after strikers in the world.

After breaking several records in German Football, the Poland striker could be looking for adventure and Liverpool could be the likely destination.

If Liverpool can get the man who can score 40 goals per season, then no one can stop them.

2. N'golo Kante: the Chelsea midfield dynamo has many admirers.

Though the Frenchman is very unlikely to leave London, he can be attempted to make a move away from Stamford Bridge to Anfield.

A team with Kante will surely challenge for titles.

3. Sergio Ramos: the Real Madrid legend is still a free agent after leaving the Santiago Bernabeu.

At 36 years, Ramos is still at the top of his game. And if he joins Liverpool, the Spaniard will go with the winners mentality to lift the mood at the club.