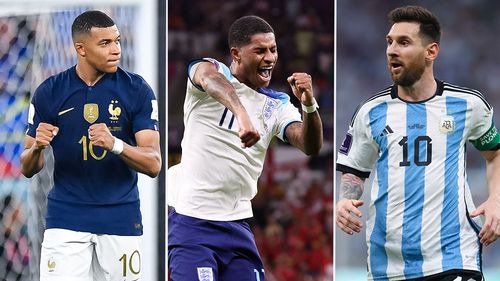 There are many stars in the world cup goal scoring race and there are no clear favorites to win it.

There are also many stars who have scored the same goals since then and have scored 2 goals in the matches they have played in the World Cup.

Here is the list of top goalscorers in the World Cup:

Manchester recently canceled Ronaldo's contract with the club after he gave an interview and made serious accusations.

In the summer market, Ronaldo's representative, Jorge Mendes, offered his signature to several teams, including Bayern, and Kahn recently said that they once discussed the possibility of signing him.

Kahn, who is now talking about signing the 37-year-old free agent, said that they like Ronaldo but that he does not suit their style of play.