By @zilla (self media writer) | 6 months ago 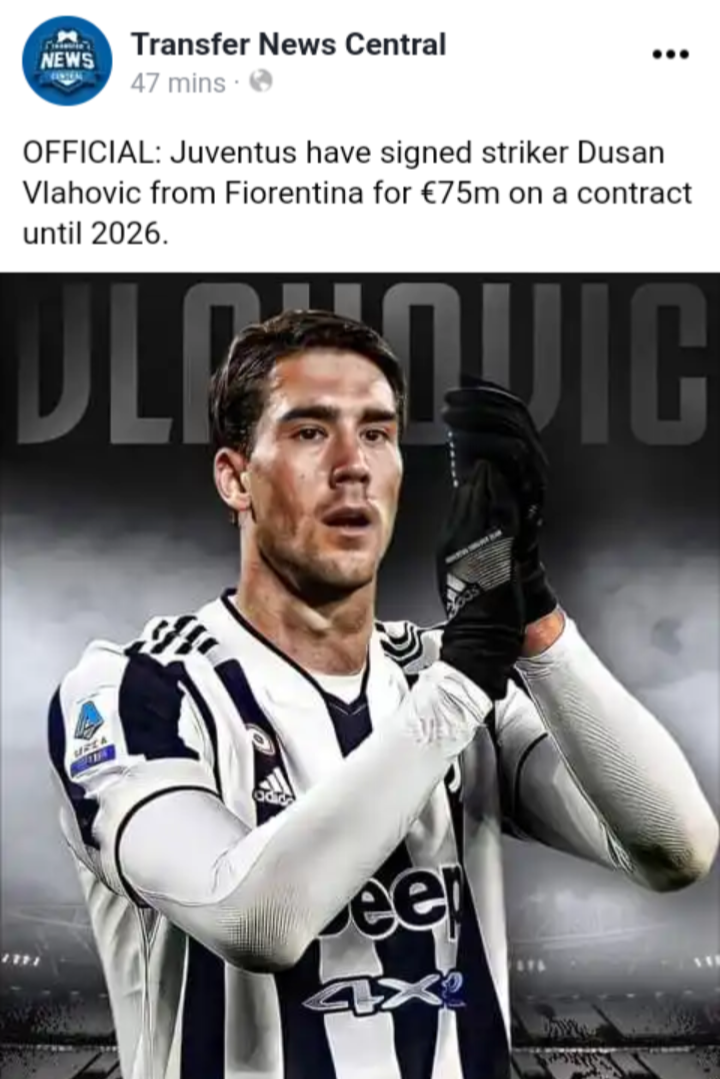 1. OFFICIAL: The Italian Serie giant club of Juventus has successfully completed the signing of striker Dusan Viahovic from Fiorentina for €75m on a contract until 2026.

Dusan was initially linked with transfer speculations with the English Premier League club of Arsenal but he later turned down the bid of the Gunners and choosed Juventus since it was his priority.

2. OFFICIAL: Sassuolo have successfully completed the signing of winger Ricardo Ciervo from the Italian Serie A club of AS Roma.

The deal has been done on loan basis, which means that Ricardo will stay at Sassuolo until the end of the season before returning back to AS Roma. 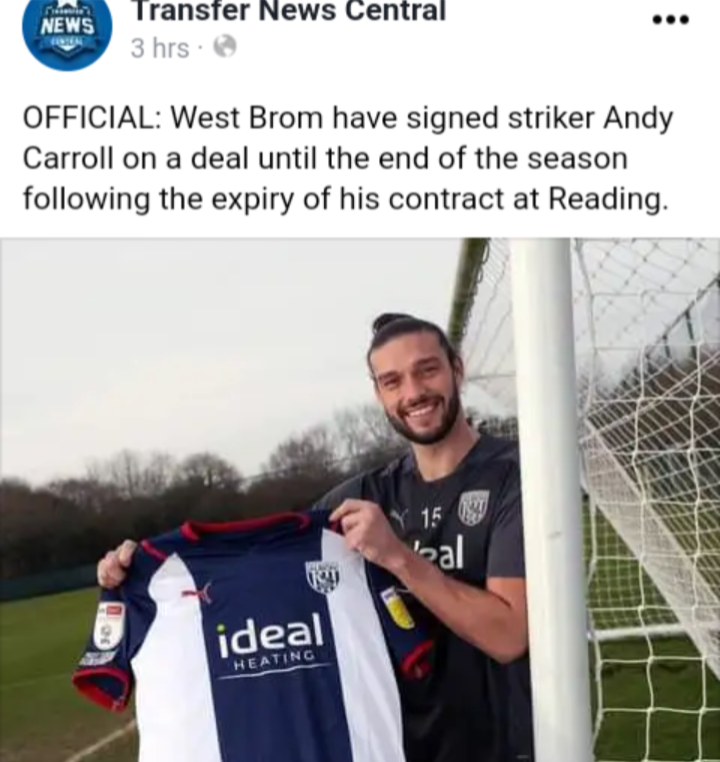 3. OFFICIAL: The English Championship club of West Brom have successfully completed the signing of striker Andy Carroll following the expiring of his contract at Reading. 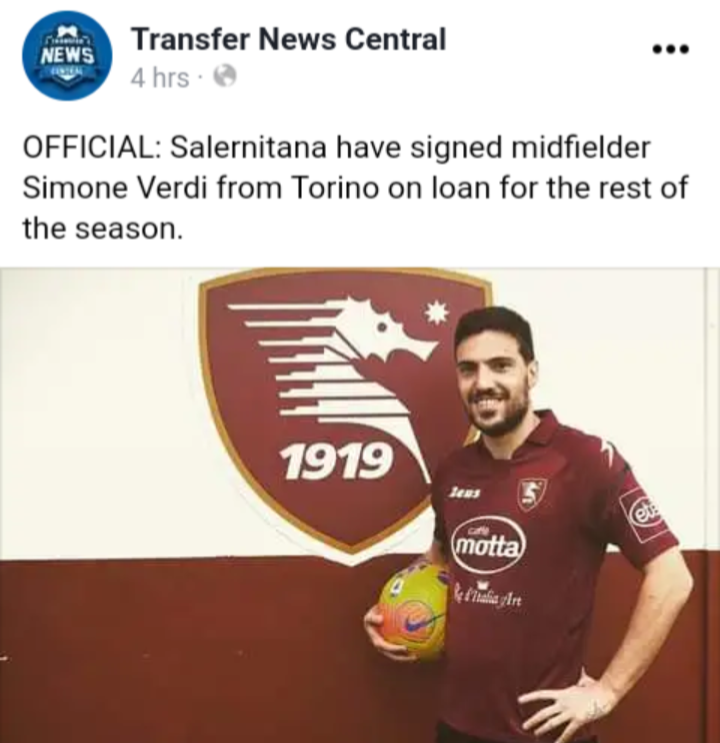 4. OFFICIAL: Salenirtana have successfully completed the signing of midfilder Simone Verdi from Torino.

The deal has been done on loan basis and Simone will stay at Salenirtana until the end of the season before returning back to Torino. 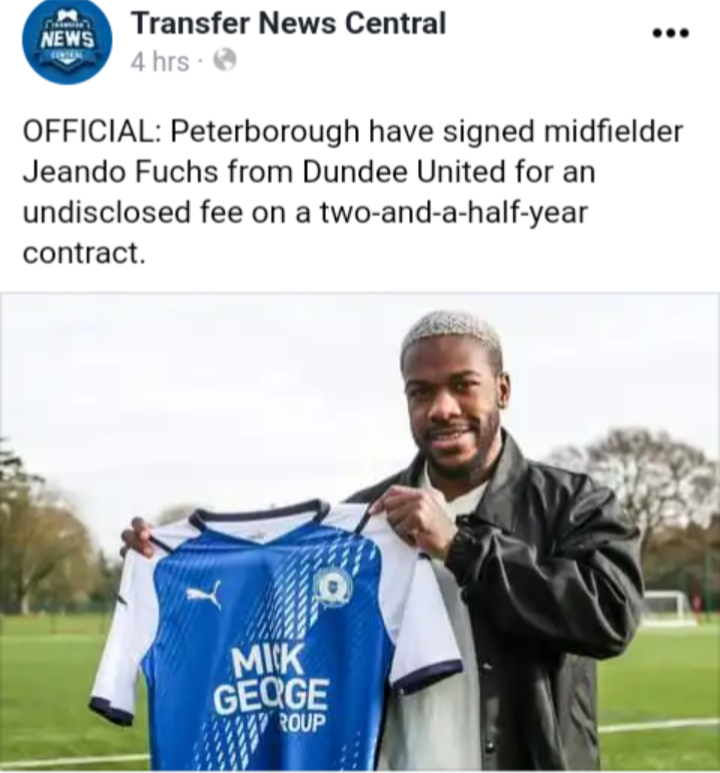 5. OFFICIAL: Peterborough have successfully completed the signing of midfilder Jeando Fuchs from Dundee United for undisclosed amount of fee on a two-and-a-half contract.

3 Cabinet Secretary That Kenyans Think Should Be Retained In Ruto's Government.

Sad: Photos Of Young Musician Who Has Succumbed To Cancer