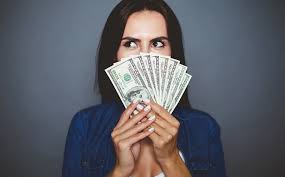 Manchester City have won 17 of their last 18 matches away from The Etihad Stadium. Crystal Palace have scored in each of their last five Premier League games, including a recent defeat to Leicester.

So my prediction is home team to win

And Both teams to score

Leeds have lost three of their last four on the road and they could struggle to break down a Brighton side who have looked solid of late. The Seagulls have lost just two of their last seven at home and we’re backing them to avoid defeat.

So I will predict:. Double chance Brighton or draw

So Chelsea to win

Atletico Madrid have won nine of their 16 away trips this term (D4, L3). However, the league leaders have conceded in their last three on the road and have kept just six clean sheets on their travels. Elche have netted in their last six home starts and in 12 from 16 overall at Estadio Martinez Valero this season.

So Atletico Madrid to win and Both teams to score

Both teams have scored in five of Milan’s last six games as the Rossoneri start to show signs of cracking in the top four race. Benevento have scored twice in their last three games and their last five games have seen Both teams to score on four occasions.

So the prediction Both teams to score