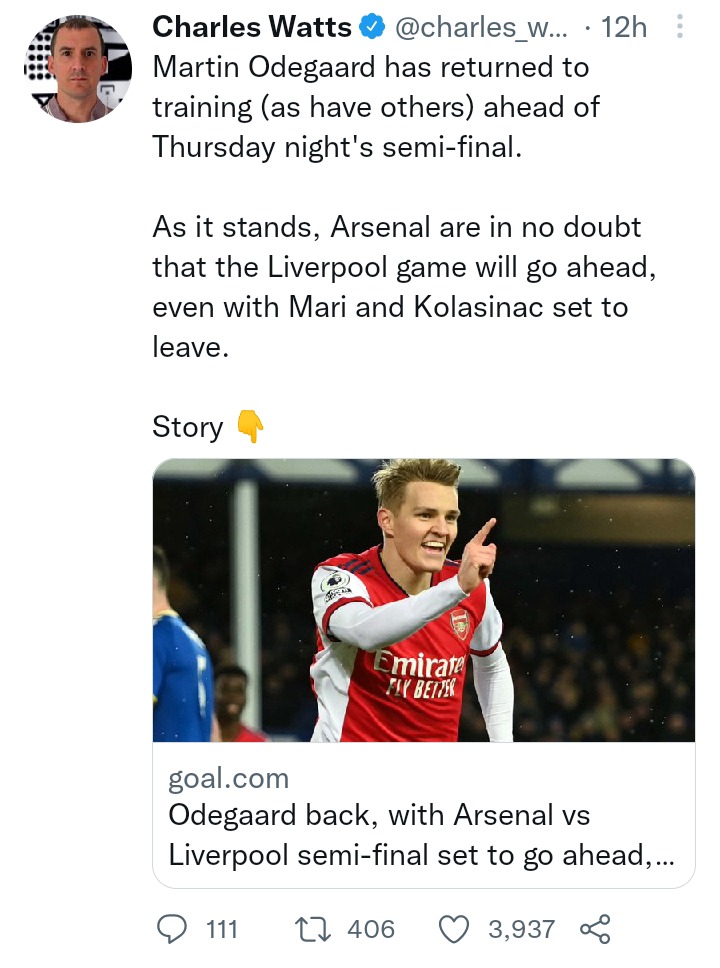 Arsenal have been handed a major injury boost after Martin Odegaard returned to training in preparation to face Liverpool later today. Martin Odegaard had tested positive for Covid-19 about a week ago after playing against Liverpool in the first leg of the Carabao League Cup. Following his return to the squad, he is in contention to start today as Arteta plans to push the team into securing a place in the finals of the competition.

Martin Odegaard has been a vital member in the starting eleven for the Gunners and has already contributed to 8 goals so far in the season. Hopefully tonight he will contribute to a goal or two that will ensure Arsenal’s win against Liverpool. 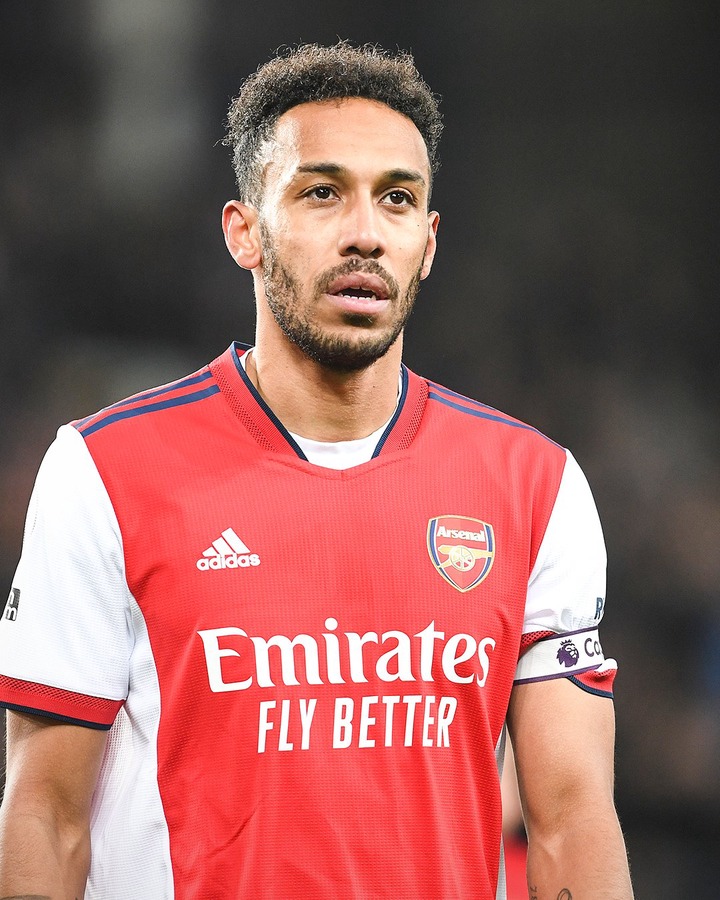 Mikel Arteta has refuted media reports that had earlier suggested that Pierre Emerick Aubameyang is suffering from a suspected heart condition. Arteta confirmed that Aubameyang was in London undergoing some specialized tests but it did not in away relate to the diagnosis of a possible heart condition. He gave clarity to his return by mentioning that Aubameyang had tested positive for Coronavirus and would be isolated and treated by the club’s medical team. 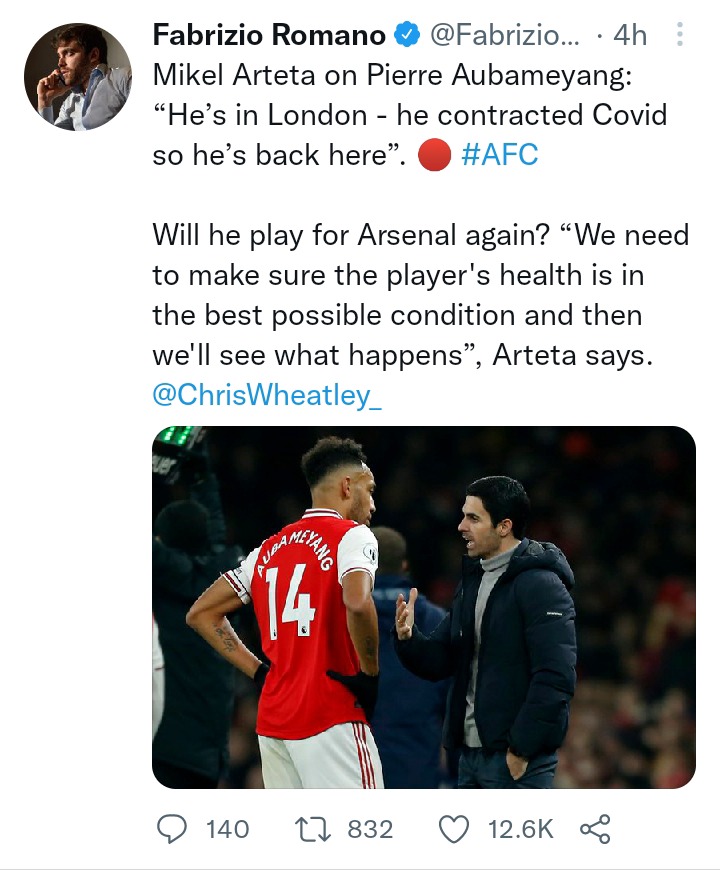 “Auba has returned and is in London undergoing tests. The tests are being taken because Auba had tested positive for Covid-19. He is not here because of something serious but I will give more information once a comprehensive medical report is tabled to me.” 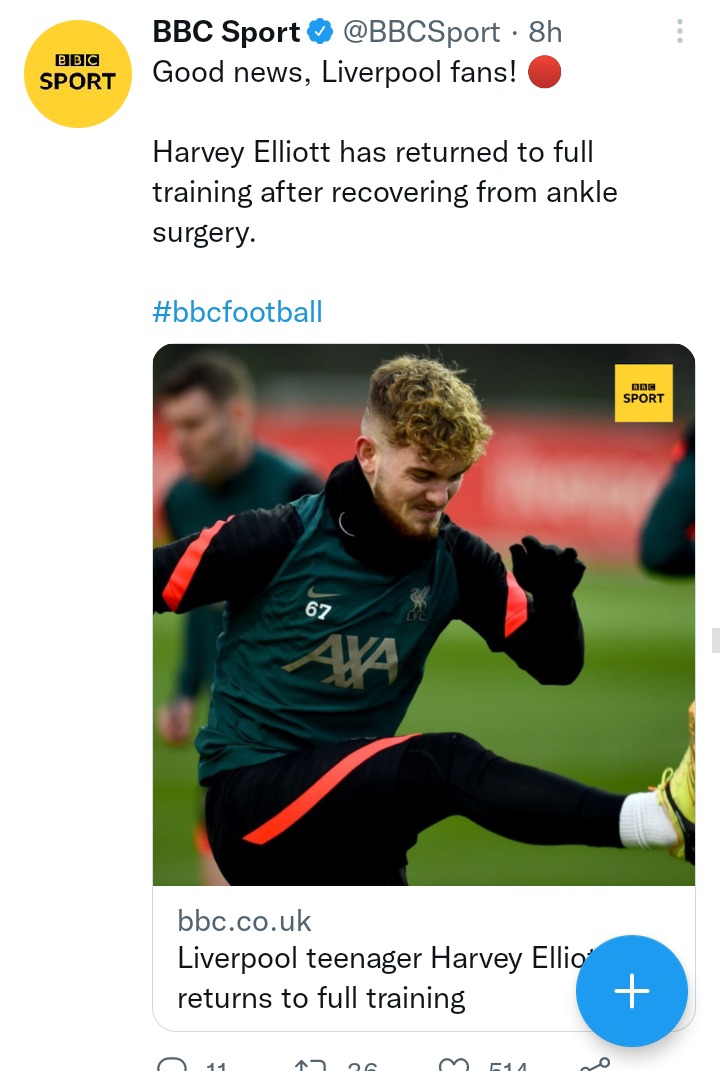 Jurgen Klopp will be looking to reintegrate teenage sensation Harvey Elliot back into the squad tonight against the Gunners after the 19-year-old returned to full training following an ankle surgery that he underwent three months ago. Elliot has been touted to start today’s match so that regular first eleven players Diogo Jota and Roberto Firmino can get a rest and prepare for the weekend’s clash.