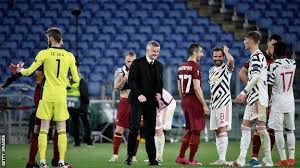 Third-place Leicester City have the chance to move to within one point of second-place Manchester United when Newcastle visit the King Power Stadium on Friday night.

Meanwhile, Newcastle find themselves just outside the relegation zone, although there is a nine-point gap between them and Fulham.

The Foxes currently sit two points clear of fourth-place Chelsea and will be confident of enhancing their Champions League ambitions for next season.

Despite Jannik Vestergaard’s tenth-minute red card, Leicester were held to a 1-1 draw by Southampton last time out.

The Foxes finished the game with a whopping 71% possession and racked up 23 shots, nine of which hit the target. However, they were unable to claim all three points.

They have also won four of their previous seven league games, having beaten Brighton and Sheffield United last month.

With just four games left to play this term, it feels as though Leicester are on the verge of securing Champions League football for next season.

On the flip side, Newcastle will be aiming to steer clear of relegation trouble by securing a positive result on Friday night.

Things were looking up for the Magpies when the claimed back-to-back wins over Newcastle and West Ham last month.

Steve Bruce’s men even managed to hold Liverpool to a draw, meaning they had only lost one of their last eight league matches heading into last weekend.

However, their hot streak was ended by Arsenal, as the Gunners clinched a 2-0 victory at St. James’ Park on Sunday.

Looking at the bigger picture, Newcastle have only managed to win nine of their 34 league games this term, recording nine draws and 16 defeats along the way.

Head-to-head: Leicester beat Newcastle 2-1 in the reverse fixture back in January, thanks to goals from James Maddison and Youri Tielemans.

The Foxes have now won each of their last four games against Newcastle in all competitions, including three straight Premier League victories.

Team news: Leicester trio Wes Morgan, Harvey Barnes and James Justin will miss the remainder of the campaign through injury.

Newcastle will be without Jamaal Lascelles, Ryan Fraser, Karl Darlow and Isaac Hayden on Friday, while Fabian Schar is suspended following his red card against Arsenal.

With their Champions League place under threat, Leicester are likely to up their game and claim a much-need win over Newcastle.

We predicts that Leicester will score over 1.5 goals and keep a clean sheet on their way to victory over Newcastle on Friday night.