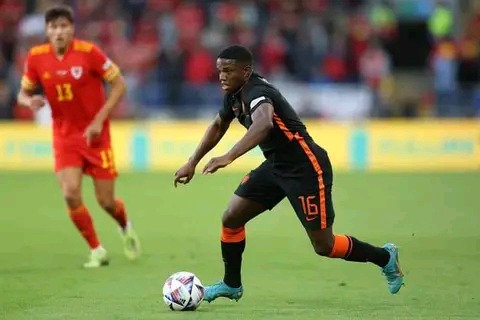 Manchester United have hijacked French league One club, Lyon in their pursue of the Holland and Feyenoord left back Tyrell Malacia. Malacia was set to join Lyon after the two clubs reached a verbal agreement on the purchase of the young leftback.

Manchester United chipped in in the last minute and now the two clubs have stuck an agreement for the nineteen year oks leftback to move to Old Trafford.

Manchester United manager Eric Ten Hag is a big fan of the young leftback since their time when he was in Holland as Ajax manager. With his arrival at the theatre of dreams, there are some man United players who are set to be sacrificed in his place. One of the players set to leave Manchester United is the Braziilian international Alex Telex. Telex was sign by former manager ole Gunnar from FC Porto to help in creating competition at the left back. Since his arrival at the theater of dreams, telles has fail to replicate the form he had at FC Porto which convinced Manchester United to sign him. It seems the new manager is set to release him from his squad.