By Kefaadan (self media writer) | 22 days ago

The Champions League continued yesterday late in the night where Psg hosted Man City at the Parc des Princes Stadium in Paris for their group stage Match.It was an enjoyable game to watch as both teams played a competitive and good game.Psg managed to win 2-0 after goals from Idrissa Gueye Gana and Lionel Messi.He produced a stunning performance and the goal was his first for the club since his arrival. 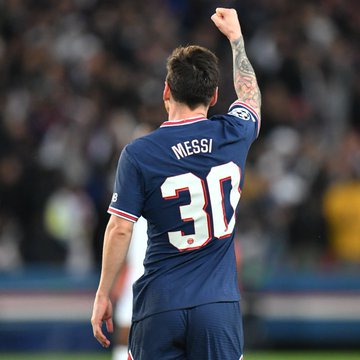 He netted a sensational goal which proved his worth and revealead to Psg fans that more goals are coming.The Uefa champions league went ahead to congratulate him and showed their reaction after Messi became the second player in history to score in 17 successive Champions League Seasons.The first Player to ever do this is Pole Toeder who played for Ruch Chorzow.Lionel has scored a total of 121 Champions League goals and he is in the list of all time Topscorers.He is a world class Player and can break any football record and I hope there is more to come. 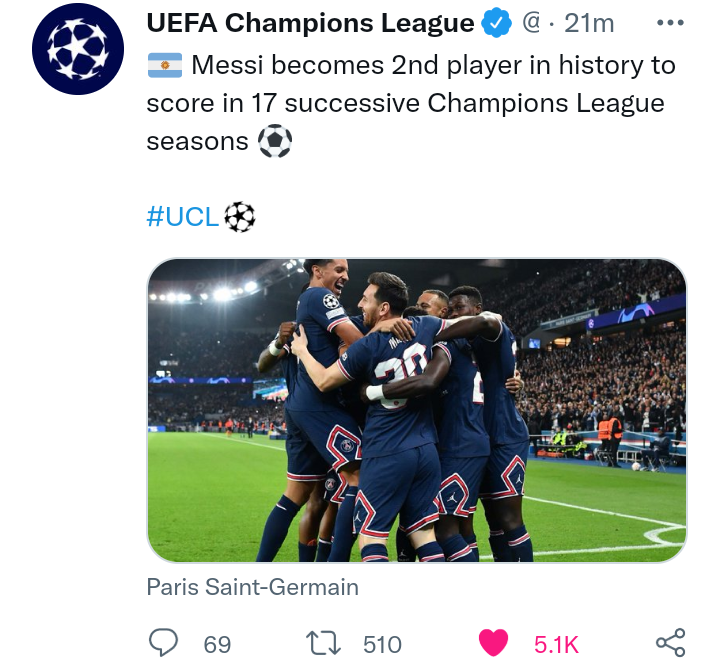