The current transfer window has not been the way most Chelsea fans expected after the Todd Boehly led consortium took over at Stamford due to the fact that the blues have not completed lucrative deals yet.

The blues are however reportedly preparing a £43m bid for Sporting Lisbon midfielder Matheus Nunes, a bid that is likely to be accepted by the Portugal outfits in the next few hours. 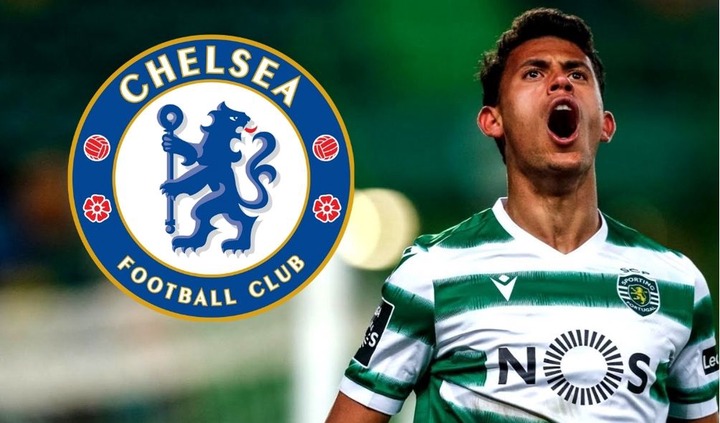 The 23 year old was in fine form last season in the champions league in his midfield displays and that has made him be on the radar of top clubs.

The ability of Nunes was appreciated by Pep Guardiola in February when the Manchester city boss dubbed him " One of the best in the world".

Guardiola said that Sporting Lisbon are a good team and had won the Portuguese Cup which have strong teams like Porto and Benfica, and Pep Guardiola believes Matheus Nunes is one of the best players in the world today.

The blues seek to take the advantage of the fact that the Portuguese has not received serious proposals amid interests from Everton and Wolves.

The blues will pay £39m plus £4m add ons and that should be enough to get Nunes, Wolves have however held talks with Sporting Lisbon and he remains sceptical to a Molineux move. Ruben Nevez is no longer leaving therefore it's a doubt whether the funds would be available.

Chelsea could entice Nunes with champions league football with the blues very ambitious under Todd Boehly who made a surprise move for Cristiano Ronaldo.

Manchester city had tried to sign Nunes but he wanted to stay at sporting at that time, and now he gets regular game time and is in the best shape ahead of the World Cup in Qatar.

Following a poor start in the transfer window, Tuchel's side will be looking to get new signings. Players like Conor Gallagher are likely to stay at Stamford bridge following his fantastic loan spell to Crystal Palace.

If the blues sign Nunes who is a box to box midfielder too, it will bring competition in the middle of the pitch at Stamford bridge.